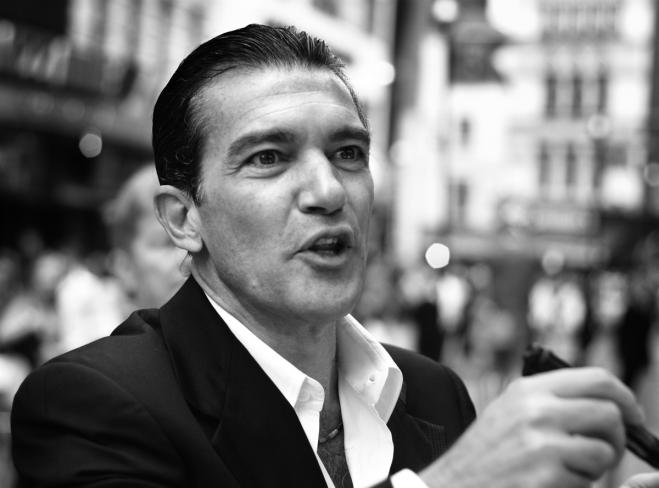 Antonio Banderas, Kate Bosworth, 300 actors and crew, actors of all specialties,1,000 supporting actors will get to work for a film called "Barracuda" in the coming days in Thessaloniki.

Everything is ready to start shooting the film, the first Hollywood production of the modern era for the city.

The president of EKOME Panos Kouanis noted, speaking on the radio station Agency 104.9 FM, until the end of June all the contributors will be in the city and Thessaloniki will experience its first: "lights , camera… action! ». Plus, public roads and well-known sites will be a huge platform for the multimillion-dollar production.

"Many roads will be closed for the shooting. Everyone will be in Thessaloniki for about a month. And then the planning, if all goes well, is in the coming months and by the end of the year to bring more films to the city." says Mr. Kouanis adding emphatically that the" green light "to for the city to become "Holywood" was given "from the moment an actor and a director wanted to come to Greece for the shooting of their film! So things were much easier. "

"Then the idea" to change the script and from a "scene" in New Orleans to go for pictures from Miami and Florida was tabled and the story closed!," the president of EKOME explained.

According to Mr. Kouanis, the crews are already working, rehearsal (location selection) is being done and spaces are being "closed", while the catering for the shooting is closing. In addition to the 300 actors and crew, technicians andcraftsmen of all specialties are sought after, with the carpenters and plasterers for the casts that will be required being in great demand! "The actors will come at the end of June and this film will use over 1000 extras," added the president of EKOME.

As he pointed out, this whole mechanism had already been set up in cooperation with the Film Office of the Region of Central Macedonia.

Streets of Thessaloniki will be turned into movie sets
"Thessaloniki has always been on the cinema map with its Film Festival and related events. "Now, the city is entering the field of production, which is something very important: content creation is what "glues"everything else", Mr. Kouanis emphasizes. For this particular film, a great "battle" was given by him and executives of the area in order for Thessaloniki to "win".

"The script was ready. The story took place in New Orleans, in the French Quarters of the area. The most difficult was the original scene, which was placed in a swamp with alligators. "But we did a first study and research and favored the Delta of Axios", explains the president of EKOME, who emphasizes that the city was the first to cross the finish line when the director came to Thessaloniki: "he liked it very much and the matter ended!," he stated.

Mr. Kouanis revealed, in fact, that the filmmakers were discussing to shoot the film in southern Europe and in countries such as Italy, Spain, and France, however the visit to Thessaloniki a while ago was the move that counted for the final decision. "We did a round with the production in the spring. They were fascinated by the spaces and the hospitality in Thessaloniki ", he revealed.