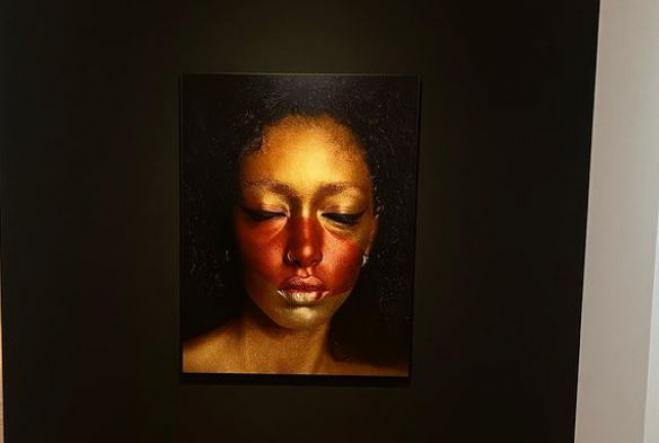 From celebrity and fashion magazines, the Greek-Canadian photographer Terry Tsiolis, turns his lens to everyday people and presents his own "catwalk" of models at the exhibition "PORTRAITS", at the Benaki Museum in Piraeus, from November 18 to December 7.

A selection of 110 photos from a series of 600 portraits taken over the past seven years, gathering "models" at his studio in New York through an invitation to social media: "Hello! I will be in my studio on… [date] for portrait photography. You are all welcome. Regardless of age, color, size, gender or religion. Contact me if you are interested ".

Many people from all over responded to his invitation - New York, Los Angeles, Portugal, Spain, Greece, Morocco. Even last year, during the quarantine period, when due to restrictions he focused more on portraits, people from distant lands continued to send him videos via facetime. Something that allowed him to create a more authentic image of humanity.

The portraits of Terry Tsiolis, try to capture the character of each person depicted, bypassing the rules of expensive and complex fashion and clothing photography. The people who responded to his invitation, show their own sincerity without reservations: with eroticism, irrationality, irony, cheerfulness. And because he photographed them without restrictions, alone, without the glossy, constructed beauty of the magazines where he works, the eminent photographer loves these photos much more. The world of Terry Tsiolis's portraits ranges from the exuberant Moroccan exotic dancer, his coffee-fronted employee from the photographer's studio in New York, to a genderfluid advocate performing naked in front of major museums, Prado, Louvre etc. as a result, he was arrested, an albino couple, a woman with her tattoos, the actress dancer Elena Topalidou, the photographer's father, his mother in a dancing pose, and many more.

The exhibition "Portraits" at the Benaki Museum is the first of Terry Tsiolis in a museum space and he declares himself happy. Terry Tsiolis was born in 1969 in Montreal, Canada to immigrant parents from the Peloponnese. He lives and works in New York and is best known for his collaborations with fashion magazines Vogue, Harper’s Bazaar and Vanity Fair. He has immortalized musicians and actors such as Rihanna, Margot Robbie, Jane Fonda.