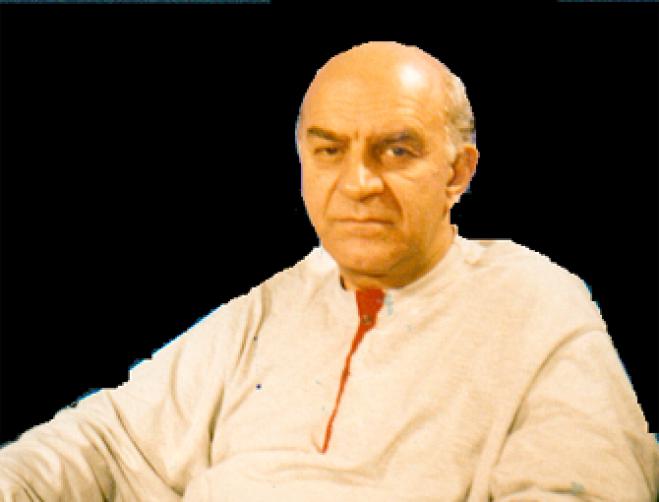 Alekos Fasianos passed away tonight, at the age of 87. The emblematic painter, who sealed his time with his work, has been facing health problems in recent years. Alekos Fasianos left his last breath at home, having at his side his wife Mariza and their two children. The date of his funeral has not yet been announced.

Who was Alekos Fasianos?
Alekos Fasianos was born in Athens in 1935. He studied violin at the Athens Conservatory and painting at the Athens School of Fine Arts (1955-1960) with Giannis Moralis. Shortly after his first solo exhibition in Athens (1960, gallery A23), he went to Paris on a scholarship from the French government.

There he attended lithography classes at the Ecole des Beaux-Arts, near Clairin and Dayez (1962-64). Eventually he settled more permanently in the French capital, where he lived for 35 years, maintaining a close and regular relationship with Greece.

Alekos Fasianos was awarded a medal by the French Government

The special features of his art were gradually formed, during his stay in Paris, where he had the opportunity to get acquainted, among other things, with the modern trends of the 1960s. However, unlike other Greek artists of his generation, he did not ride along, in an obvious manner, obviously with the European avant-garde currents of the time. He remained faithful to documentary painting and its Greek origins, maintaining until the end his respect for some teachings of the generation of 30, his love for Greek art (ancient, Byzantine, folk), and his strong ties with his experience living in Greece. 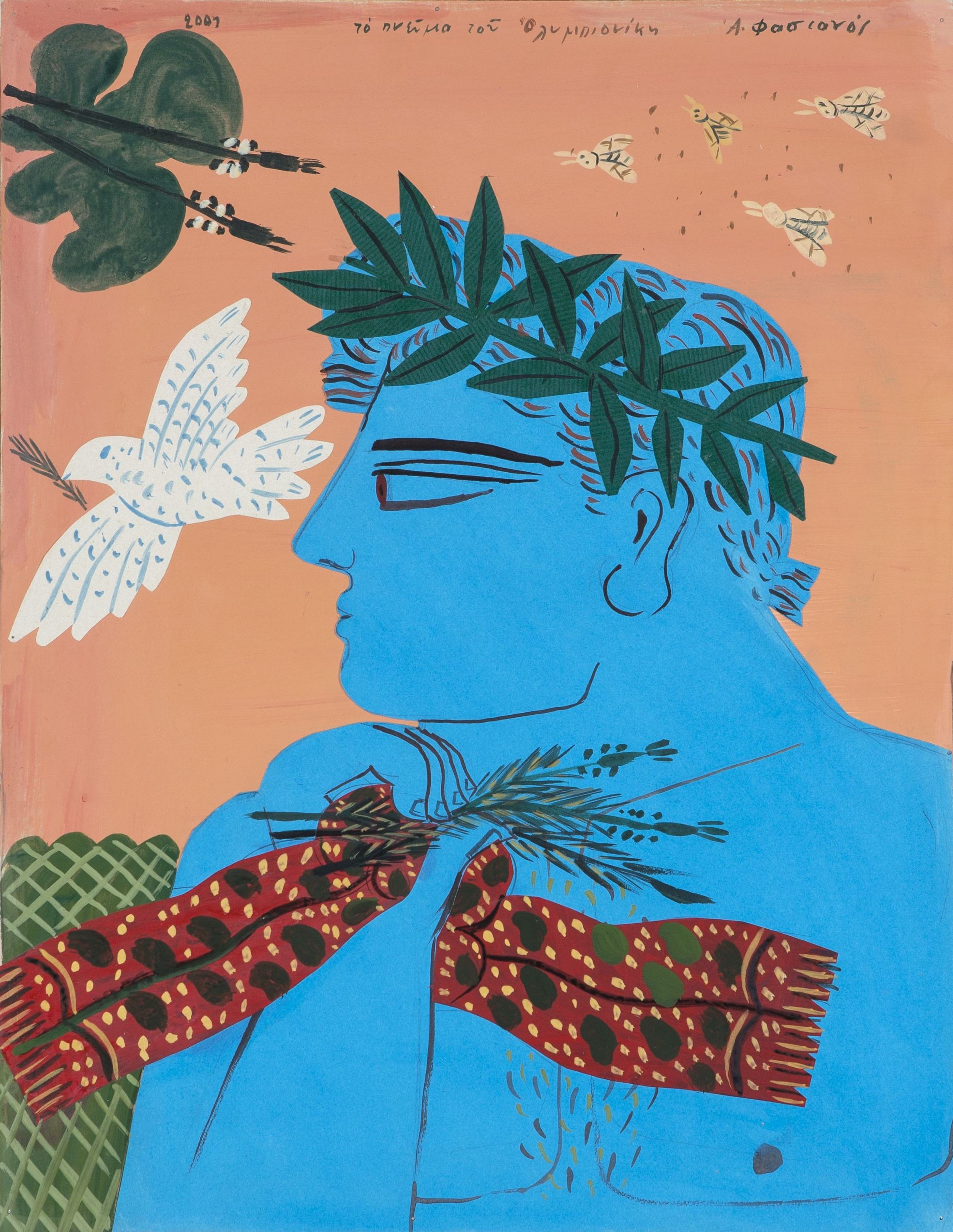 His subjects are dominated by the human figure, which is initially attributed with a deliberate simplicity, but over time evolves and acquires a dominant presence in space. It is designed stylized, with simple and clear contours, in flat compositions with minimal light shading. Often the color spreads intense and uniform throughout the surface of the form, giving an impressive monumentality to the image, which works mainly poetically and not realistically. The motifs that occasionally appear in his paintings, both purely anthropocentric (cyclists, smokers, erotic couples, etc.) and those depicting objects or places, come primarily from a familiar everyday life, but which takes on a mythical dimension, especially when there are direct references to figures in Greek mythology.

He has illustrated books by well-known poets and authors in Greece and France (by Elytis, Tachtsis, Cavafy, Aragon, Apollinaire, etc.). He has also designed posters and stamps. As a set designer and costume designer he collaborated with the National Theater, the Art Theater of Karolos Koun and other troupes, in performances of ancient drama and contemporary works. He has also published his own texts, short and poetic. In 2000 he created works for the Metaxourgio Station of the Athenian Metro. Four films have been made about his work, byGreek and French television, while several monographs are being released. In 1999 he was awarded by the Academy of Athens and in 2010 he was honored by the French government with the Order of Legion d'Honneur (Officier des Lettres et des Arts).

He presented his work in more than 70 solo exhibitions in Greece and in many European cities. His last retrospective exhibition was at the National Gallery (2004), entitled Fasianos, Mythologies of the Daily. He has participated repeatedly in group exhibitions and international events in Greece and in other parts of the world (Sao Paulo Biennale 1971, Venice Biennale 1972, Europalia, Brussels 1982, Baden-Baden Graphic Design Biennale, etc.).