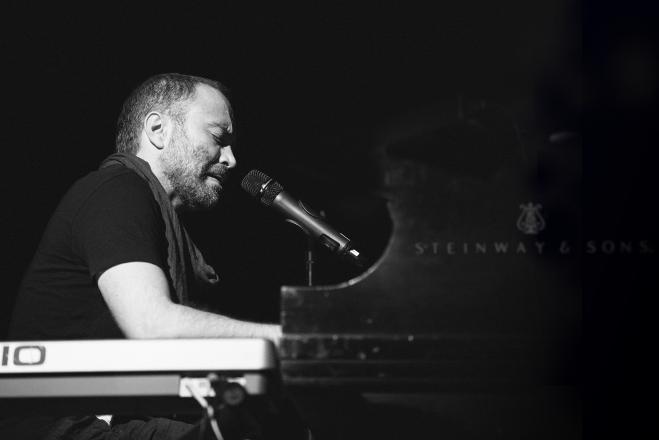 Composer and singer Pericles Kanaris returns to live performances for the first time since the pandemic with a strong message. The title "Up For Air" signifies the vital need to get close again through music, after a long period of isolation. 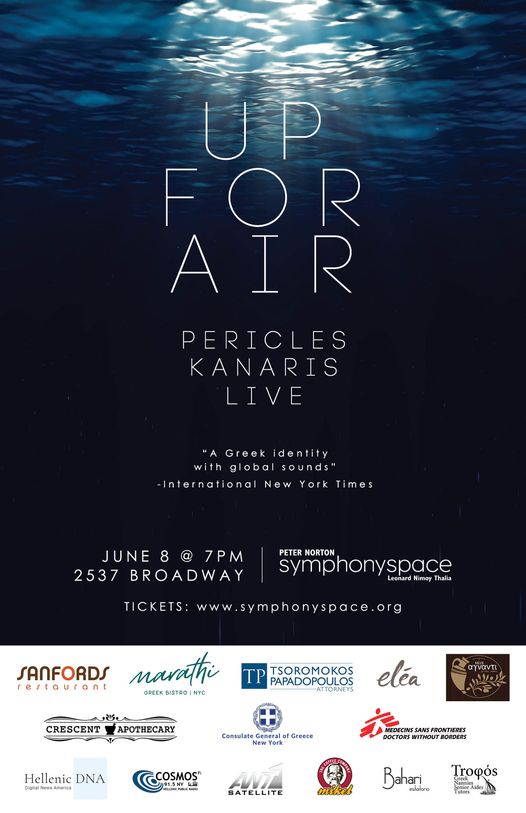 The concert will take place on June 8 at the Symphony Space, Manhattan's Upper West Side, at the Leonard Nimoy Thalia Hall at 7 p.m.

Periklis Kanaris belongs to the tradition of Greek composers who composes poetry and was created by the generation of 60 and composers such as Manos Hadjidakis and Mikis Theodorakis. His latest songs are written on the lyrics of a wide range of poets, from Cavafy and Eliot to Manos Eleftheriou and the younger generation of Greek lyricists. These include his own lyrics in Greek, English and French. The repertoire also includes songs by other composers from Greece and abroad that have inspired the composer in the long run and are presented with his own signature in the orchestration

Pericles Kanaris is accompanied by his band consisting of some of the top musicians of the New York music scene such as Gary Schreiner (accordion, keyboards), Richard Hammond (bass), Peter Douskalis (guitars, lute and bouzouki) Giancarlo DeTrizio (drums).

The International New York Times has recognized in his music "Greek identity with world sound" while Ethnikos Kyrikas has praised the uniqueness of his sound and the ease with which his band moves between different types of music with the same skill.

Periklis Kanaris dedicates the concert to the outgoing Consul General of Greece in New York, Konstantinos Koutras and his term.

Part of the proceeds from the tickets will be donated to Médecins Sans Frontières for the humanitarian support of the people of Ukraine.

The concert is held under the auspices of the Consulate General of Greece in New York.