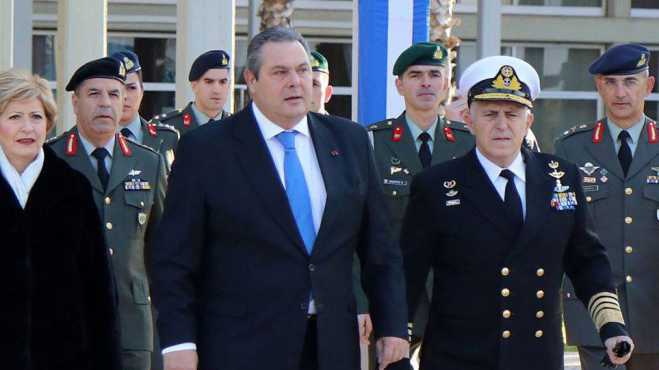 Coming out of the meeting with Alexis Tsipras, ANEL leader Panos Kammenos has announced his party's withdrawal from the governing coalition.

The divorce between the governing partners has split ANEL with some cadres. Kammenos called on ANEL party members that also have government portfolios to also resign. This however is no certainty. the three other ANEL MPs that have cabinet seats are:

Maria Kollia Tsaroucha is an MP for Serres and Deputy Minister of the Interior for Macedonia and Thrace in the Cabinet of Alexis Tsipras.

Elena Kountoura, currently Minister of Tourism in the Cabinet of Alexis Tsipras, and Member of Parliament for Athens A, for the Independent Greeks, and earlier for New Democracy.

Vasilis Kokklais is Deputy Minister of Rural Development and Food and was first elected Member of the Greek Parliament in January 2015 and re-elected in the next election in September 2015.

Although Ms Maria Kollia Tsaroucha has said that she will stand firmly behind the ANEL leader, Ms Kountoura has remained silent and has distanced herself from the party.

However, there are also ANEL members in the government that are not elected MPs, namely Terence Quick (deputy Foreign Minister), Marina Chrysoveloni (deputy Interior Minister), and Nikos Mavraganis (deputy Infractructure Ministry). So far these ANEL members are unwilling to leave their portfolios.

Their motives for remaining are not so clear, however, Kammenos has insinuated that they are seeking some sort of integration in SYRIZA, accusing his erstwhile partner of fomenting defections.