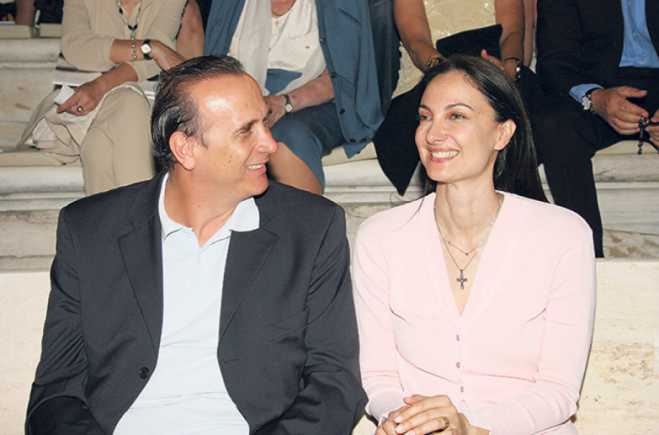 Eurobank accuses Tourism Minister Elena Kountura of a virtual transfer of personal assets in order to save hundreds of thousands of euros of debt for a loan that has not been serviced since 2004. Kountoura will be faced with Justice following a lawsuit filed against her by Eurobank. Her frantic efforts to enter the SYRIZA ballot point to seeking parliamentary immunity against such charges.

The bank requests Ms Kountoura, through the action it has filed before the Athens Multi-Member Court of First Instance, to pay EUR 321 258.89 plus contractual interest on late payment and capitalized interest accrued every six months, with the total debt amounting to an estimated EUR 800 000.

According to protothema, Eurobank's lawsuit is directed against the minister, but also her two sons, whom, according to the bank, she transferred her assets to, in order to deny her responsibility for the loan given to the publishing company Sigma Alfa Mi Communications, which she founded together with her husband Sarantis Papachristopoulos.

At the same time, as THEMA revealed last Sunday, she appears to have  three more loans from the National Bank, with the balance of debts amounting to 854,775 euros, having managed to secure a a favorable arrangement, by paying a monthly installment of just 620 euros, which corresponds to 20% of the annual interest on the loans.

After her return from her recent visit to Shanghai, Ms. Kountura appears particularly troubled. Especially after the question of Mr. Panos Kammenos in Parliament, through which he asks for an audit of expenditures in the Ministry of Tourism.

According to sources from the PM's office, Ms Kountoura has been pressing to meet with Prime Minister Alexis Tsipras in order to receive the necessary assurances for her political future, ie for her entry on the SYRIZA Euroballot, even though she was no longer a decisive factor on the outcome of the vote on the ratification of the Prespa Agreement, given that the government had managed to secure the required votes.

There are many that are insinuating that Ms Kountoura is in dire fear of prosecution and is seeking to secure some form of parliamentary immunity to avoid any negative judicial repercussions for herself and her family from the loans she has never serviced.