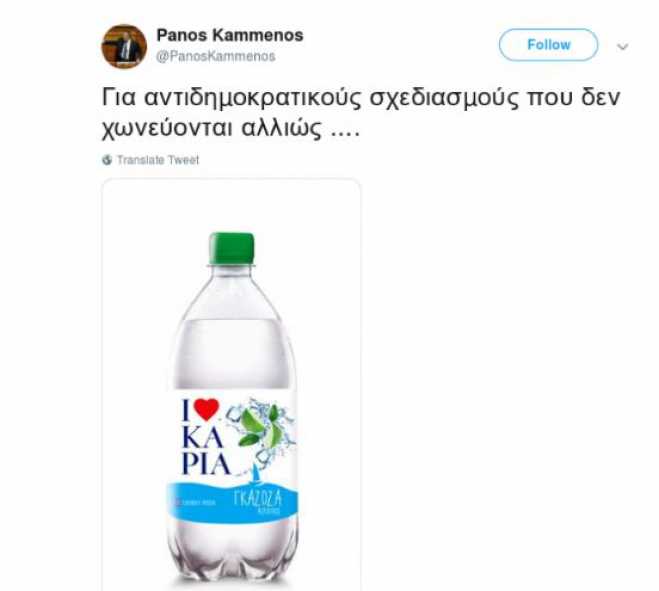 When asked why he missed the vote on the principle of the ASEP bill in parliament, ANEL MP Aristeidis Fokas came out with the unimaginable explanation that he had recently consumed a soda at the House coffee shop and had to rush to the bathroom. His absence precipitated a roll call vote on the issue. This, immediately precipitated a tweet from Panos Kammenos.

The chairman of ANEL has become the face of the times, as he has caused a "nervous crisis" in the government with complaints about a nefarious plan for the dissolution of his party. Now, the government has realized that the former government partner has decided to avenge itself and left the government without support yesterday afternoon. The Bill on ASEP was not passed because Mr Fokas of ANEL was missing.

A little while after Aristeidis Fokas (the ANEL rapporteur on the draft bill) caused laughter in the plenary hall when he said that "I had drunk a soda in the canteen I went to the toilet. I was gone for two minutes. Does the regulation require the process to stop and go to a roll call?", Panos Kammenos "struck ".

He uploaded a photo to his twitter account. A soda bottle from Ikaria (his place of origin).