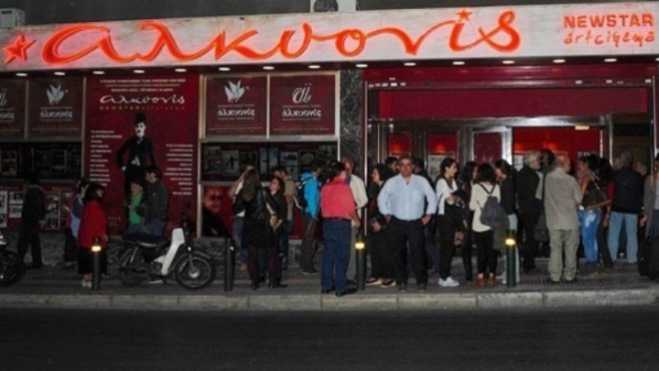 The Central Council for Modern Monuments unanimously declared the "Alkyonis" Cinema at 42 Ioulianou Street in Athens a 'monument' during a meeting held on Thursday.

According to the Council, the building is important "production and distribution of artistic creation, that is directly linked with collective memory and high-level cultural production, as well as an inseparable part of modern cultural history in Greece."

The cinema first started operating in 1968, on the ground floor of an apartment block near Victoria Square, and was designed by civil engineer Vangelis Sideris. It is decorated by a 60m sculpture made by Ioannis Armakolas, which further enriches its cultural and artistic nature.

It operated as an independent film-making centre and social space until 1990 and was then reopened for the same purpose in 2014, having served as a theatrical stage in the years between. Its activities became linked with the anti-junta movement of the early 1970s, while it also help introduce several independent films from hitherto largely unknown countries, such as Mexico, Poland, Cuba, the Soviet Union and others.