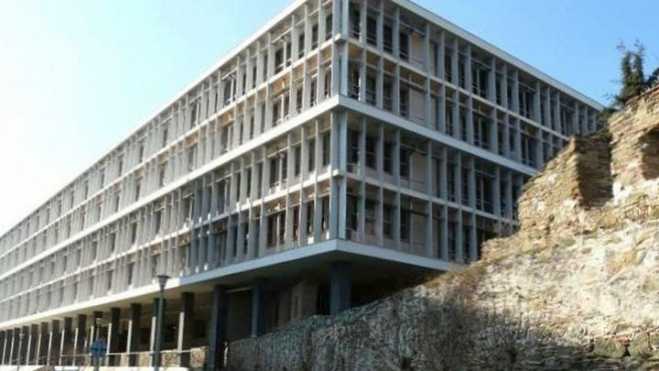 The family of a 12-year-old boy attending the 2nd Kalamaria high school have filed a lawsuit "against all persons responsible" and accused school authorities of mishandling their son's behavioural issues.

The family decided to sue after the boy's classmates organised an occupation of the school to demand that he be removed for overly aggressive behaviour, while accusing the school of adopting an overly punitive approach that amounted to persecution.

"When this unprecedented incident, this outburst of racist violence, occurred, we went to the public prosecutor and decided to sue all persons responsible, because we do not want such an event to go unpunished by Greek justice," the boy's father told ANA news agency.

It was now up to the public prosecutor to investigate who was responsible for the public humiliation of a minor, he added.

"It seems that the state has healthy reflexes in such sensitive and serious issues. It is good that the public prosecutor intervened and I am glad that the education ministry had the sensitivity to respond to our written complaint," he said.

According to the family, the school had resorted to expelling their son from class up to four times a day, so that he had 150 hourly expulsions. "However difficult the child may have been, since the issues he has include this kind of behaviour, the approach was persecutive verging on predatory," the father added.

The family also claims the school failed to engage with them or inform them in any way, apart from notifying them about the number of classes their son had missed. "The truth must come out because the school did not want to enter into dialogue or keep us informed about our child so it was necessary to initiate such a proceeding in order to find out what actually happened, what has been written and what slander has been said," the boy's father noted, adding that justice and the ministry must seek the truth that the school had hidden "so such things do not happen again in any school in our country".

A lawyer representing the parents of the boy's classmates, on his part, asserted that there had been "repeated meetings, from what I have read in the school minutes, as well as countless attempts made by teachers, while a request for a change in school environment has been made and rejected."
According to the lawyer, while the staff were "absolutely competent and dedicated", they were unable to cope with or control behaviour that included "swearing from the first moment, destroying the work of other children, breaking the door, throwing objects and kicking".

"All children that have some kind of problem are treated with respect and every kindness but the issue is to prevent situations from occurring that are, in fact, dangerous," he said.