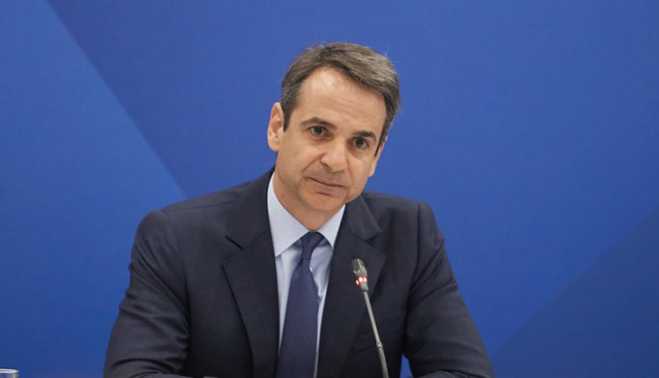 The President of major opposition party New Democracy (ND), Kyriakos Mitsotakis stressed the need for a change in economic policy with emphasis on growth through investment and reforms, during a talk at the European People’s Party (EPP) Group Bureau meeting in Athens, Friday.

Talking with European Parliament President Antonio Tayani and EPP candidate for EU presidency Manfred Weber, Mr. Mitsotakis stressed that it is very important to break the stereotypes that the countries of the south cannot make reforms.

As he said Greece had implemented many and painful reforms and the economy had grown. He added, however, that these reforms had to be supported on a local level and rely on the community.
Mr. Mitsotakis criticised the government, saying that a left-wing administration believes it should over-tax the middle class, creating excess surpluses and then distributing it to its electoral clientele.

“The best answer is job creation. We are talking about growth through investment. We have the right strategy in terms of taxation and bureaucracy, I believe that the positions of the EPP are identical to those of New Democracy. The only party that talks about ways to give young people the opportunity to work where they were born and not to emigrate, is the EPP. In terms of the challenges facing the economy, we are at a very important juncture. We cannot have 2 and 3% growth and say we’ve escaped the crisis. We are optimistic that working with the EU under the leadership of Manfred Weber we will be able to find solutions”, noted Mitsotakis.

Commenting on the wider Mediterranean region, ND’s president spoke about sustainable development, clean energy, the security in the seas, the promotion of cultural identity, while he estimated and that there could be prospects for developing a specific agenda that would put forward the comparative advantages of the region.

Regarding the issue of immigration and border control, Mr. Mitsotakis said more resources were needed to tackle the problem, adding that the burden should be shared around.

On his part, EPP Group Chairman Manfred Weber said that the question was not south or north, but left, or the EPP, stressing that Europe’s unity is a precondition for solving the problems. Presenting the example of the different stance Greece and Italy took towards the Maduro regime, Mr Weber highlighted the need for the establishment of a series of preconditions for a common foreign policy that would ensure decision could not be blocked by the minority.

The President of the European Parliament, Antonio Tajani, mentioned the need for “more Europe” in the Adriatic and the Western Balkans, while on the matter of immigration, he pointed out that southern Europe is paying a big price. “Solidarity with the countries of Europe is needed, alongside clear policies,” he said.