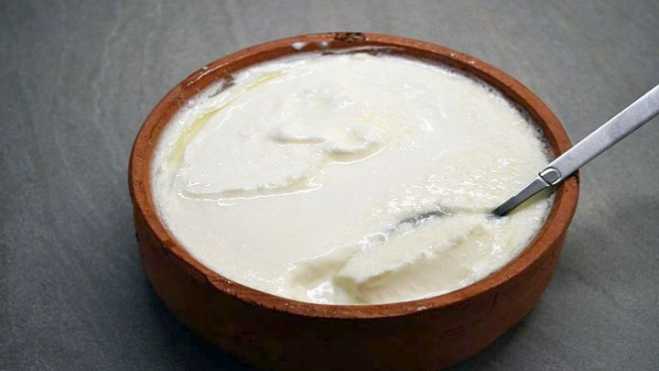 In a victory for Greece's dairy industry and farmers within the European Union, the Czech Republic has sent the European Commission a draft amendment to its national laws that will prevent Czech dairies from marketing products that are called "Greek yoghurt".

The Commission must now examine the proposed change to see whether it is in accordance with EU laws.
European Commissioner for Health and Food Safety Vytenis Andrukaitis informed Greece's Agricultural Development and Food Minister Stavros Arachovitis about the arrival of the draft amendment in a meeting last Tuesday, a Greek ministry announcement said.
In a statement to the Athens-Macedonian News Agency (ANA) on Sunday, Arachovitis said Greece "has made it clear to all that the names and use of symbols on products whose reputation is based on Greece will be protected." This has also been understood by the European Commission, he added, starting with yoghurt, and "everything will be done to protect the reputation of Greek products and Greek farmers."
The next steps, he said, will be to establish a Protected Geographical Indication (PGI) certification for Greek yoghurts, with the relevant dossier assigned to ELGO-DIMITRA at the Athens University of Agriculture.
The minister also stressed that all international agreements signed from here on, such as those signed with Australia, Japan and Vietnam, will make it clear "that we want full protection of our trade marks and are determined to protect the reputation of Greek products in order to also protect Greek farmers."
The dispute with the Czech Republic dates back to 2016, when a law was passed that allowed local dairy manufacturers to use terms such as "Greek yoghurt" in violation of EU legislation on misleading consumers, prompting Greece to lodge a complaint with the European Commission.