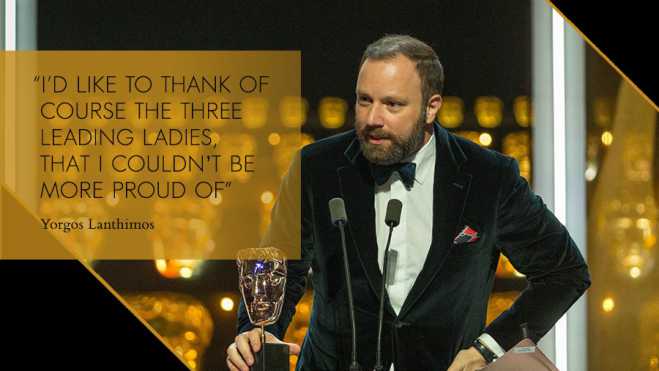 “Roma” also won the BAFTA for film not in the English language. Cuaron thanked Netflix for having the “faith and courage to get behind a black-and-white film about a domestic worker, subtitled from Spanish, and bring it to audiences around the world. To see a film about an indigenous domestic worker embraced this way in an age when fear and anger propose to divide us means the world to me.

“Reverting back to a world of separation and isolation is not a solution to anything. It is simply an excuse to hide our fear within our basest instincts.” Colman, who won best actress for her role as Queen Anne in “The Favourite”, drew some of the biggest laughs and applause of the ceremony from the audience for her speech. She started by thanking

“All the producers. We’re having an amazing night aren’t we? We’re going to get so pissed later.” The actor went on to thank her co-stars Weisz and Emma Stone, calling them “the coolest honour guard anyone could have.” Colman said they were all leads and it was “weird” only one of them could be nominated for lead. “This is for all three of us. It’s got my name on it but we can scratch in some other names,” she said. Weisz, who claimed the best supporting actress trophy, defeated co-star Stone, Amy Adams (“Vice”), Claire Foy (“First Man”) and Margot Robbie (“Mary Queen of Scots”) in the category. “I had the most extraordinary luck in that I played opposite two of the most glorious women: Olivia Colman and Emma Stone,” she said following her maiden BAFTA win.