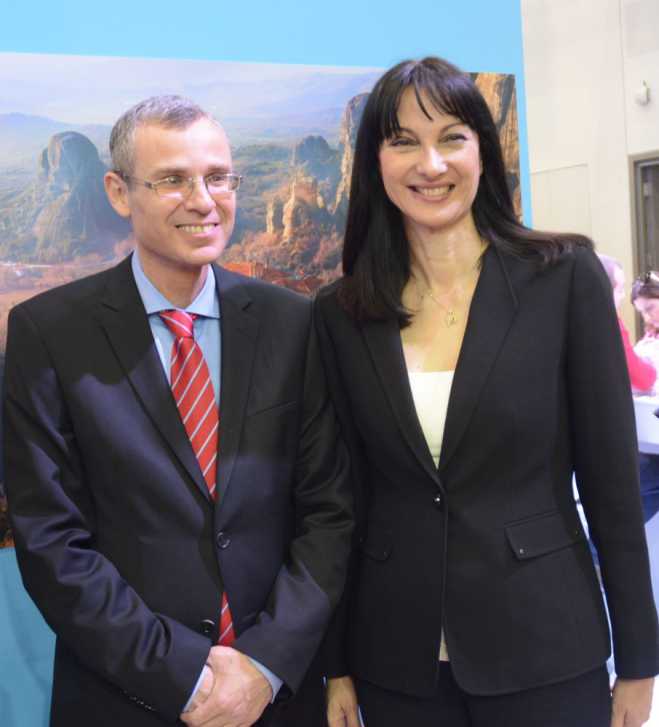 The tourism ministry's strategic choice within the framework of the governmental cooperation between Greece and Israel was the strengthening of bilateral tourism relations and the dynamic increase of the tourist flow from Israel to Greece.

For the past three years, Greece has consistently been the top holiday destination for the Israelis. In 2018, a rise of more than 13 pct compared to 2017 was recorded in Israelis arrivals in Greece, surpassing 600,000 tourists for the first time. For 2019, a new high increase of up to 16 pct is already recorded in airline reservations and planning. In particular, more than 700,000 Israeli tourists are expected to visit Greek destinations this year.

Within the framework of the excellent bilateral cooperation in tourism, Kountoura met with Israeli Tourism Minister Yariv Levin during her visit to the Tel-Aviv International Tourism Fair. They discussed further actions to increase the tourist flow between the two countries with emphasis on religious and educational tourism, as well as actions to jointly attract more tourists from long-haul markets in Asia and America as well as promoting the cruise in the Eastern Mediterranean, strategically targeting European markets.

The minister held a series of meetings with leading tour operators and representatives of the Israeli travel market and ensured the increase in arrivals and flight schedules in the coming years.