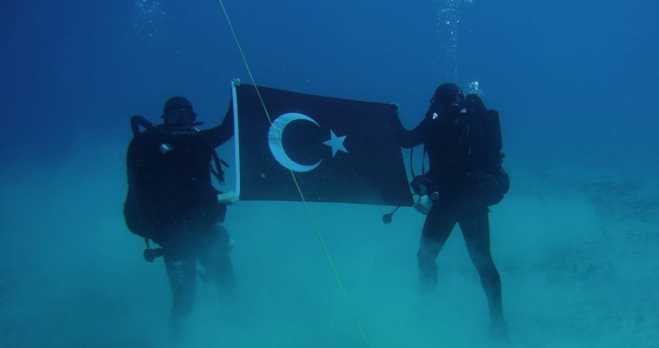 As part of the ARIADNE-19 exercise from March 14 to 17, a number of naval forces SNMCMG-2 (Standing Nato Mine Countermeasures Group 2) arrived in Souda Bay.

Among them was the Turkish ship TCG Akçakoca and, as part of the exercise, Turkey's defense ministry published photos from training was in dealing with mines and explosives. So the Turkish divers of the SAS Special Forces were photographed holding the Turkish flag at the bottom of Souda bay.