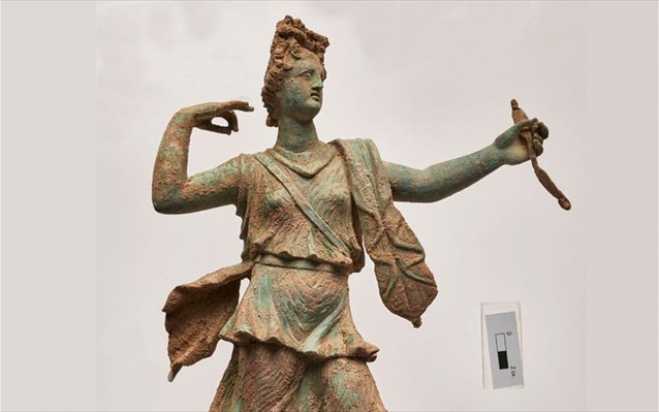 A pair of small statuettes, depicting mythical Apollo and his twin sister, Artemis, will be presented on Wednesday at the archaeological museum in the west Cretan city of Chania (Hania), the product of excavations at the well-known Aptera site on the large island.

Artemis, in fact, was considered in antiquity as the protector goddess of Aptera.

The female statuette is made of bronze, while the figurine of Apollo is made from marble.

Both artifacts, dated from the latter 1st century AD to the first half of the 2nd century AD, will be permanently displayed at the Chania museum.