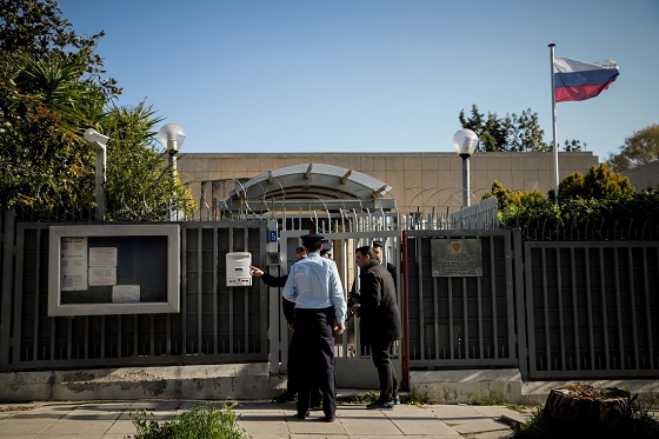 A grenade exploded near the outpost outside the Russian Consulate, on Tzavela Street, in Halandri, a northern suburb of Athens.

According to first information, two suspects moved along Tzavela around 3.20 on a motorcycle and threw the grenade at the diplomatic mission.

The grenade rolled near the guard post, where there was no guard at the time, and therefore there was no injury. The consulate is reportedly guarded by a private security company.

The explosion caused minor damage to the guard post and a parked car. A burnt motorcycle was also detected about 20 minutes later in Exarchia. The remains are examined to determine if it is related to the event.

Some people said they heard a powerful bang. Forensic teams are on the spot, while traffic on Tzavela Street is banned. Until now, there is no claim of responsibility for the incident.