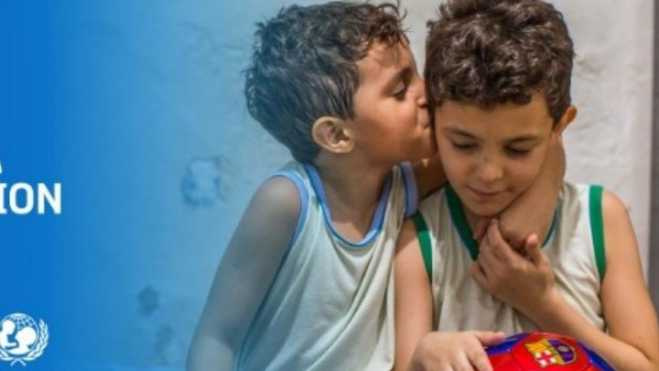 Barcelona FC has been sponsoring a football camp for hundreds of refugee children on the island of Lesvos, involving adult refugees as coaches.

Hundreds of children have become members of the Barca Soccer FutbolNet programme since the programme's implementation in July 2017, with the support of Stavros Niarchos Foundation and the NGO Movement on the Ground.

"We know we can influence them and help them dream, to show them the future," Jordi Cardoner, vice president of Barcelona and Barca Foundation said.

The children attending the football academy on the island come from the two hotspots on Lesvos. The training lasts two hours, and held three times a week. Coaches are refugees who have been granted asylum.

"These children are unaccompanied minors. They are here without their parents, and do not have someone to tell them the what is right and what is wrong, "said Aesa Osso, who is a coach from Syria. "Through this programme they learn many values, like respect and team work," he added.

A 15-year-old girl added, "They said football is only for boys not for girls - but now there is no difference: We are equal."