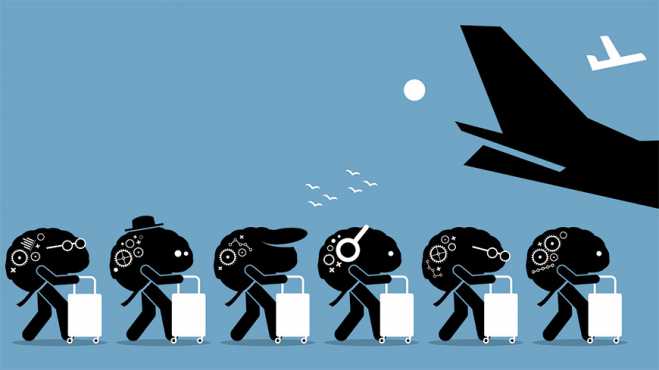 Greeks are more concerned about the brain drain than the influx of immigrants in the country, according to data from research conducted by the European Council on Foreign Relations (ECFR).

As shown in a chart published by the British newspaper Guardian, Greeks worry more about brain drain and less about immigration. 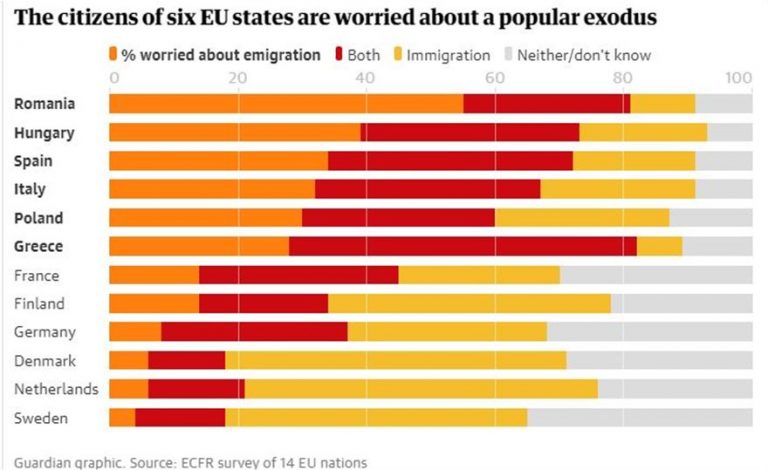 More than 50% of respondents to the survey conducted by YouGov in Greece and in 14 other European countries call for measures to prevent Greeks from leaving the country for a long time.

In addition to the Greeks, Spaniards, Poles, Hungarians and Romanians -the countries with the highest rates of population decline- share the same concern about their compatriots fleeing their countries to find work abroad.

In contrast, the majority of citizens in countries in northern Europe expressed the greatest concerns about immigration. 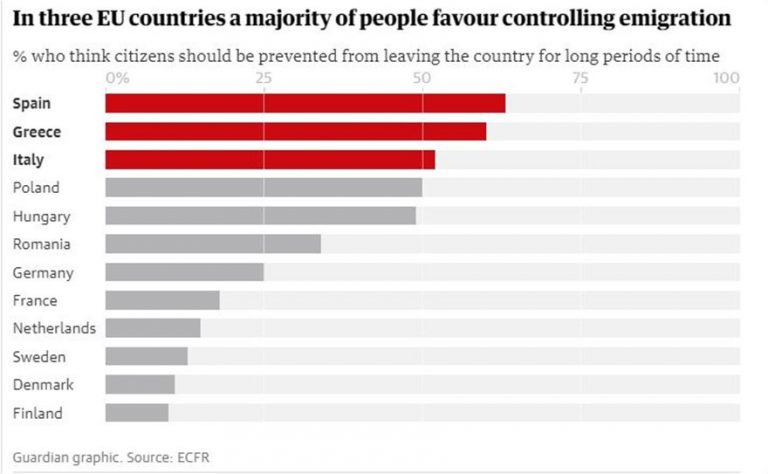 The survey polled a total of 50,000 people and also recorded that 1 in 5 Europeans worry about Islamic radicalisation, with the highest rates being registered in countries such as Belgium, France and the Netherlands. 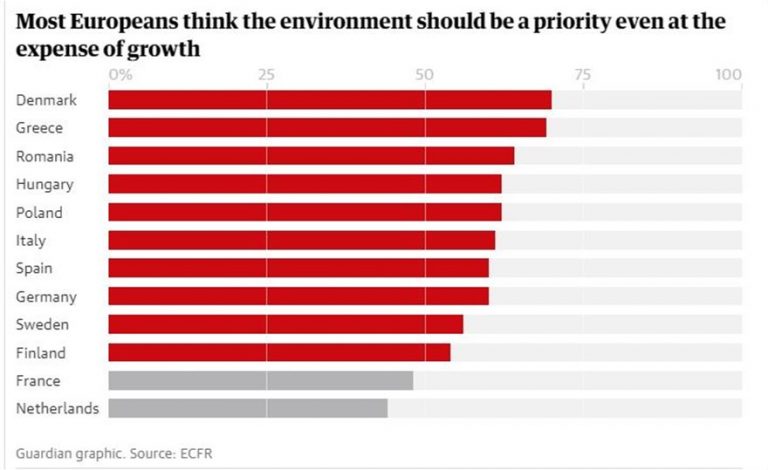 A significant problem for the citizens of several countries – among them Greece – is corruption with over 50% of Greeks, Hungarians, Italians, Poles, Romanians, Spaniards and Slovaks ranking it high, while for Greece, Italy and Romania the economy was the top problem.