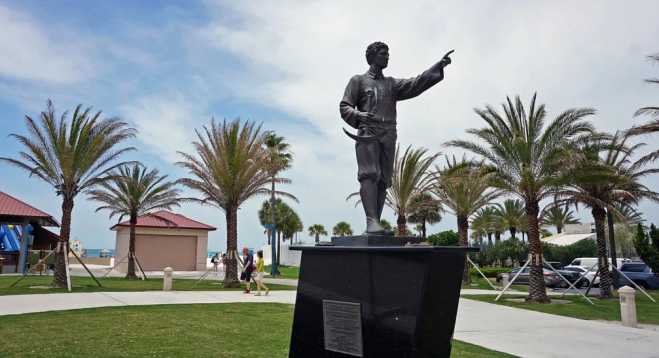 The first Greek known to have stepped foot into the USA is Theodoros Griego, a sailor who landed on Florida with the Spanish Narváez expedition on April 14, 1528. He died during the expedition, as did most of his companions.

Theodoro Griego was a Greek explorer and conquistador, he was born in the Aegean and later moved to Spain. He then set sailed from the Spanish port of Sanlucar de Barrameda and followed Panfilo de Narvaez in his expedition to North America. He was one of the first Greeks to reach the new continent (America). The expedition sailed from Cuba and reached Florida.

Narvaez ordered his men to explore Florida and march further to the north, in 1528 they reached the Apalachee, but Narvaez arrogantly attacked the Indians and destroyed their settlements. Soon after they were attacked by the Apalachee warriors and they run out of resources. At that difficult moment Don Theodoro made 5 rafts, using liquid from pines, wood and leather and saved most of his companions.

Eventually, Don Theodoro Griego was killed searching for water in a nearby Indian settlement. Most of the men who participated in the Narvaez expedition were killed, including Narvaez himself and only 4 survived to tell the story. Today a statue has been erected in Florida in the city of Tampa in honor of this great Greek Conquistador and explorer.