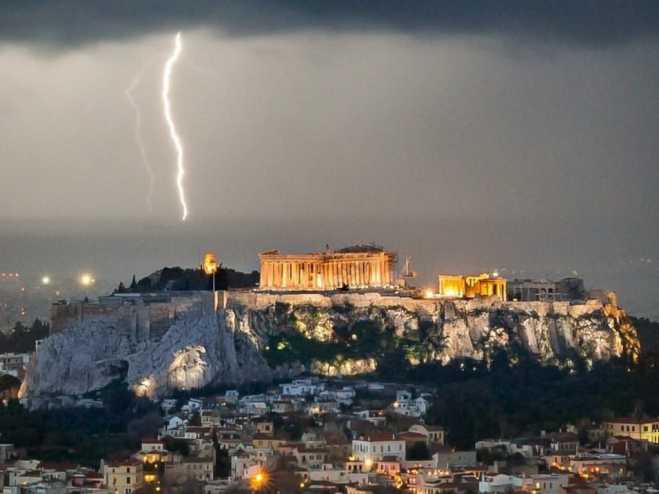 The Acropolis archaeological site shut down midday Wednesday, after two guards and two tourists were injured when thunder fell on the lightning rod near the Erechtheion temple.

All four were hospitalised, with the tourists released soon after and the guards kept for further observation.
No damage was caused on any of the monuments on the ancient site, which remained closed the rest of the day.