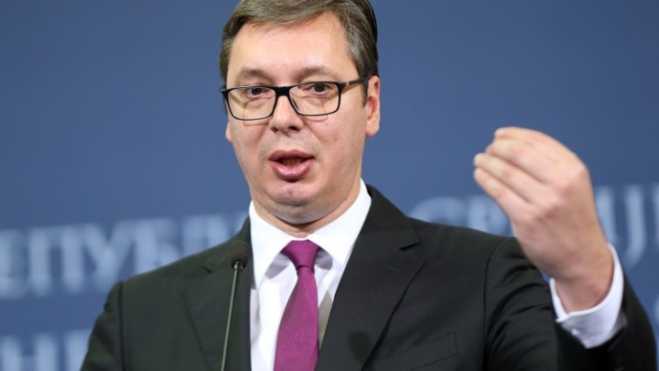 Greece, Romania and Bulgaria have called for the acceleration of the procedures for Serbia's accession to the European Union, Serbian President Aleksandar Vucic said on Monday, in an interview with Serbia's television network RTV Pink.

Vucic said that Prime Ministers Alexis Tsipras of Greece, Viorica Dancila of Romania and Boyko Borisov of Bulgaria "have sent a joint letter to French President Emmanuel Makron and German Chancellor Angela Merkel asking that Serbia's EU accession course be sped up," said the Serbian President. He also said the letter airs the conviction that stability in the region will be better ensured by accelerating the European integration of Serbia.

Vucic mentioned the fact that the letter was not publicly disclosed, until now.