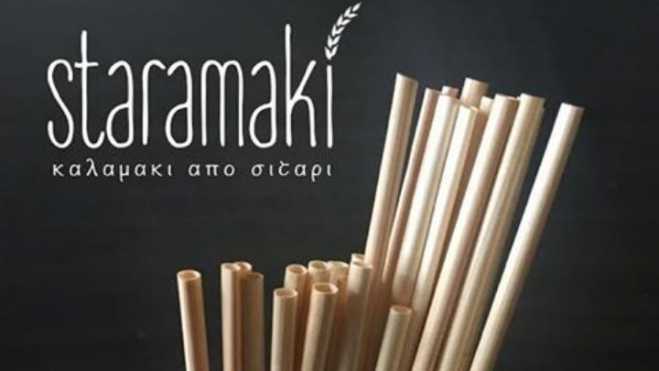 A new idea with an ancient pedigree, dating back thousands of years to prehistoric Mesopotamia, has been repurposed by an innovative group of volunteers in northern Greek city of Kilkis, as they searched for a way to phase out plastic straws. The 'staramaki' is a portmanteau word combining the Greek 'kalamaki' (straw) with the Greek word for wheat (stari) - which also happens to be the main product in Kilkis - was used thousands of years ago by the Mesopotamians to drink their beer, as a way to avoid drinking the sediment.

Essentially made from the shafts of wheat that are normally thrown out, the 'staramaki' will now be pressed into service once again, providing a problem to plastic pollution and also showing that there is room for innovative thought in Greece, and that the cyclical economy can become a fertile field for such innovative actions in Greece, according to Costas Kamberis, president of the volunteers group "Omnes". Talking to the Athens-Macedonian News Agency's radio station 'Praktoreio 104.9 FM' on Wednesday, he described how the group is collaborating with producers, organisations and enterprises in the city to distribute the 'staramaki' to be distributed to professionals, a product that can easily be a successor to plastic straws." "The staramaki will be not be 'run' by some company that will seek to profit exclusively," Kamberis said and explained that the 'staramakia' will not be sold but 'traded' for coffee grinds that are normally thrown out. "The staramaki will be launched in July and we will ask the cafeterias and people that drink coffee to keep the coffee grinds because they have value and if collected properly can be transformed to something else, the aim is to have an exchange operation."The second phase of the project was to set up a system where the "natural straws" made from wheat shafts were traded for usable coffee waste, thus also changing people's mindsets about what is useful. The initiative also hopes to revive the Kilkis economy, which is on the wane due to the wheat monoculture, and provide jobs that will keep young people in the area.