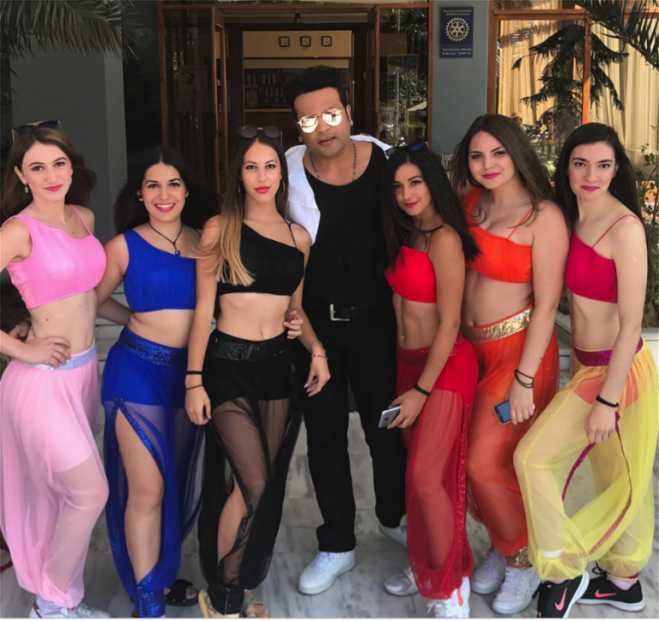 Bollywood, “landed” in the city of Kavala in Macedonia, offering the best possible chance for Greece to showcase its natural beauties and rich history to a large market.

The movie, called “Die Tomorrow”, premiered in Athens at the historical area of the Greek Film Archive in Athens, with the star and producer of the film, Kashmera Shah, who also attended the opening saying she felt more Greek than Indian after shooting the film.

The film featured two of Bollywood’s most recognisable actors Krushna Abhishek and former Miss India Kashmera Shah and has already been translated into English and Greek since it was picked for the Cannes International Festival and is expected to soon begin its global distribution.
“I enjoyed my time in Kavala, I loved the city and its beauties, the shooting and the whole process was very stressful, but the city has a positive aura that gave me peace and tranquility. After this job I feel more Greek than Hindi”, Kashmera Shah told protothema.gr.

As Shah explained the plot of the movie revolves around a young man who attempts to kill himself multiple times and meets a woman who tried to prevent him and convince him to choose life.

The Bollywood market caters to more than 2 billion viewers around the world and therefore a film production is a huge opportunity to promote Kavala in this market.

This fact was emphasised during the event both by the chairman and the secretary general of the Greek Tourism Organization, Charalambos Karimalis and Konstantinos Tsegas and the Ambassador of India, Shamma Jain, who thanked the municipality of Kavala for its overall contribution to the strengthening of cultural relations between Greece and India.