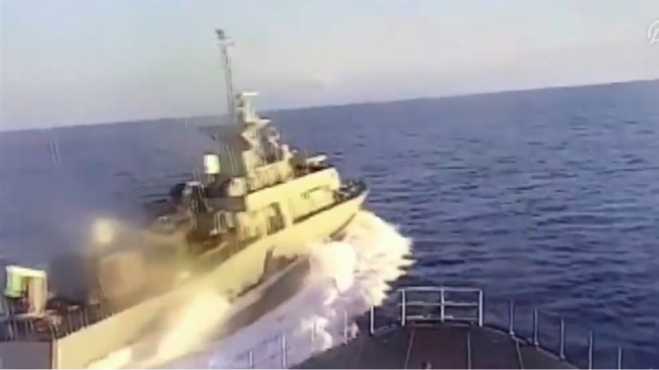 Turkey's TCG Burgazada corvette was harassed by the Kristalidis fast attack missile craft in international waters of the Aegean Sea, according to the Turkish news agency.

Turkey’s largest military exercise, supervised by the Turkish navy, kicked off on Monday, and will run through May 25 in the eastern Mediterranean, Aegean and Black Sea with 131 warships, 57 warplanes and 33 helicopters.

The Turkish crew gave warnings to the Greek boat after which it left.