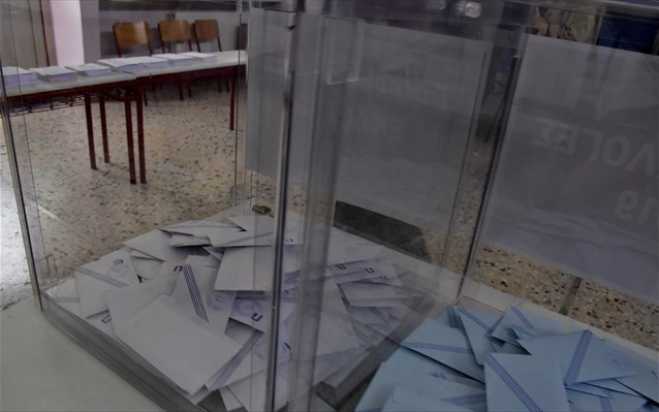 Final results, at least from exit polls, show an 8.5-percentage point lead for main opposition New Democracy (ND) party against second-place SYRIZA, the ruling party. The results were released by Greece's nationwide private television stations, as the public broadcaster has a differing pollster.

Specifically, still very early estimates given center-right ND 32.5 percent to 34.5 percent of the vote, to 24 to 26 percent for hard left SYRIZA.

The Movement for Change party, with the Greek-language acronym KI.NAL is given 7.2 to 8.2 percent, viewed as a success. This formation is mostly coalesced around once-dominant PASOK party.

The "old guard" Communist Party of Greece (KKE) is given 5 to 6 percent, while the ultra-nationalist Golden Dawn (Chryssi Avgi) party drops to between 4 and 5 percent, deemed as disappointing for a party widely considered on the extreme right-wing of the Greek political spectrum.

The Singular Logic company, conversely, which provides IT support for elections in Greece, put the difference at nine percentage points.

The biggest surprise in exit polls is the possible election to the European Parliament of a candidate from the Elliniki Lysi (Greek or Hellenic Solution) party, in its electoral debut. The latter, founded and fronted by a well-known book peddler appearing on marginal television stations, is viewed alternately viewed as national conservative, nationalist to pro-Russia. The party is forecast to pool between 2.5 to 4.5 percent of the vote.

Yanis Varoufakis' Mera25 (Diem25) is at the same level, 2.5 to 4.5 percent, which would also be a huge success for the controversial former Greek finance minister.