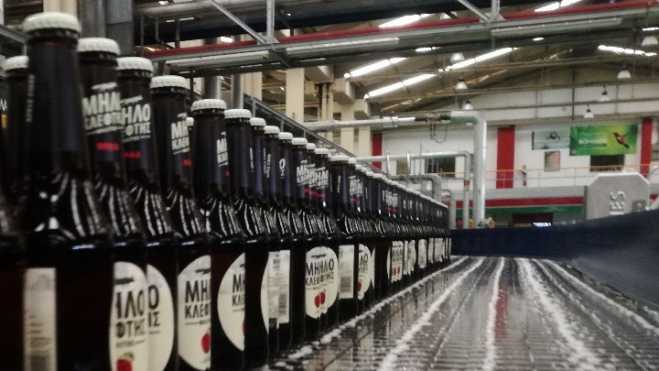 Athenian Brewery plans to invest 43 million euros in the next three years, Alexandros Danielidis, CEO of the company said.

Speaking to reporters in Patras on Wednesday, Danielidis said that Athenian Brewery invested more than 150 million euros in Greece in the last nine years, during a period when turnover and profits were under great pressure, while the company did not changed labour rights. "We constantly invest on new innovative products for Greece and abroad," he said.He noted that Athenian Brewery will invest 43 million euros in the next three years to modernize production lines, develoip new innovative products, IT systems and energy production from renewable energy products with the aim to reduce its energy footprint. Danielidis said the company was considering a number of scenarios on its activity in the production and distribution of energy. He noted that Heineken Group aims to cover 70 pct of its energy consumption globally from renewable energy sources.He said that the "Milokleftis" and Strongbow" products will be produced in Greece using 100 pct Greek raw materials, with Athenian Brewery aiming to produce 3 million litres of cider in 2019. This investment is expected to offer more than 2.0 million euros of added value for the country and create 65 new job positions. Danielidis said cider production was one of the company's main priorities in recent years and noted that exports will begin in Cyprus. The domestic cider market value was estimated at around 7-8 million euros.