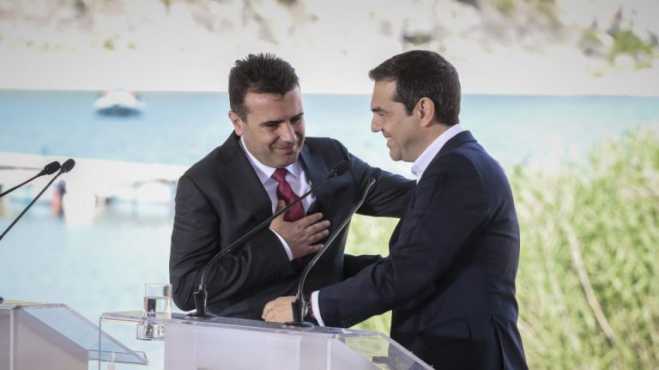 One year since the day when Alexis Tsipras and Nikos Kotzias signed with their counterparts from the Former Yugoslav Republic of Macedonia (FYROM) the Prespes Agreement.

That day violent episodes between police forces and civilians who disagreed with the Agreement, resulting in several injuries.

One year on, citizens, as shown by public opinion polls, have not forgotten or accepted, what most call “betrayal”, namely the concession of the name “Macedonia” to Greece’s northern neighbour, along with the right to be called “Macedonians”.

The twitter is full of comments from enraged Greek citizens who declare their determination not to forget or to forgive those responsible for the calamities that the Prespes Agreement will bring to the country in the years to come.