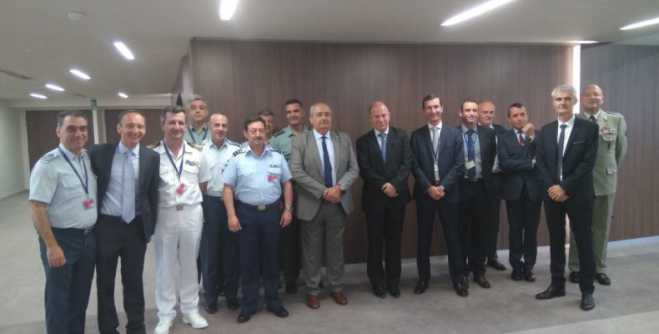 On the 2nd of July 2019, the 29th Meeting of the Hellenic – French Committee was held in Paris, where GDDIA staff officers, headed by the General Director, visited the General Directorate (DGA) of the French Ministry of Defense, in the framework of the regular meetings of the two sides for the promotion of the Hellenic – French cooperation in the fields of procurement, research, development, and co-production of defense systems. During this meeting, issues of common interest on the current armament projects were discussed.

The Greek delegation was accompanied by four representatives of the Hellenic Defense Industry ( ETME, DASYC, MILTECH, ATESE) who had the opportunity to present their capabilities and to meet representatives of the French companies and DGA officers aiming at the investigation of broadening the present cooperation in the fields of Defense and Security, especially within the framework of the European defense programs.

On the 3rd of July the Greek delegation visited the premises of NEXTER company,on request of the company, in order to present its capabilities.