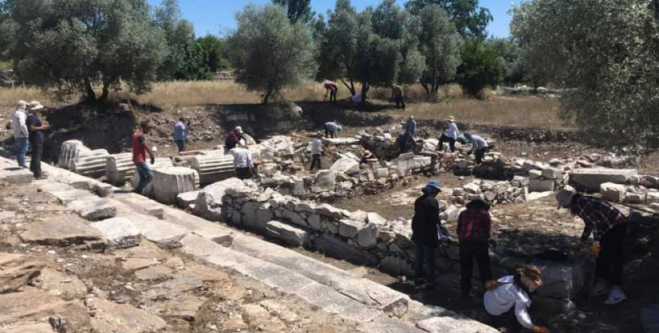 An important and very rare ‘Sacred Road’ has been unearthed by archaeologists in western Turkey.

The ancient pathway once ran between two important Greek cities. It played a critical role in the religious and cultural life of the ancient communities in the area for many centuries.

This exciting discovery was made by a Turkish team of archaeologists led by Bilal Sogut, of Pamukkale University. It was found in the province of Mugla, this region was known in classical times as Caria. The route runs for several miles between the ancient Greek cities of Stratonikeia and Lagina.

According to the Anadolu Agency website, Stratonikeia and Lagina “have remained inhabited throughout the Hellenistic, Roman, Byzantine, Ottoman, and Turkish Republic periods”. They were once very significant urban communities but have dwindled in population and are now only small rural villages. The sacred route is estimated to be 3,000 years old and dates to a period when the area was colonized by ancient Greeks.

Archaeologists discovered the path, made from stone, during a planned dig this year. They have also found a number of stone columns that once stood alongside the route. During their excavations, they also unearthed one of the city’s gates, the northern gate of Stratonikeia.