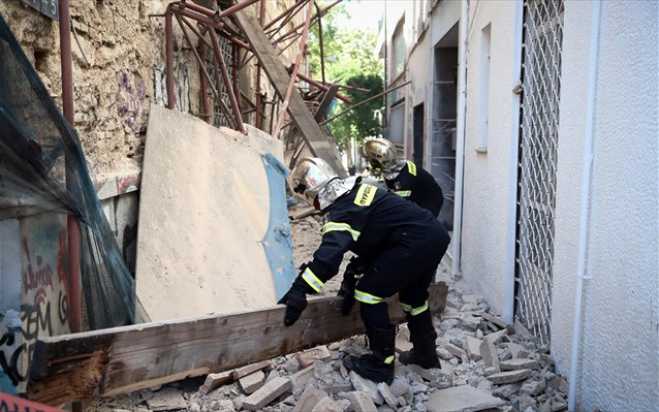 The city of Athens, the biggest municipality in the greater Athens agglomeration, on Friday announced that 15 buildings in its boundaries were significantly damaged from the 5.1 on the Richter scale earthquake that struck the area hours earlier.

Most of the buildings were either abandoned or uninhabited but historically preserved structures. Another 75 abandoned buildings also suffered damages.