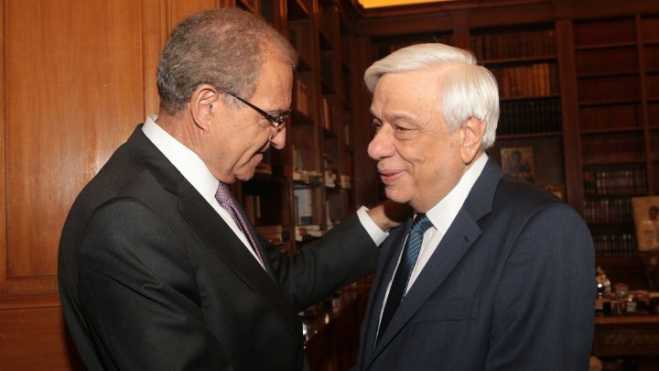 President of the Hellenic Republic Prokopios Pavlopoulos on Monday received Deputy Foreign Minister for Expatriate Greeks Antonis Diamataris at the presidential mansion, stressing the importance of his mission.

"Greeks abroad are a form of national capital. To handle the fate of expatriate Greeks is a national mission," he said, noting that the diaspora has always but especially in recent years helped Greece "greatly exceed its borders" so that Greece was now "everywhere".

While Greeks abroad had supported Greece at crucial moments, the Greek State had not done as much for them, Pavlopoulos added, and he stressed the need to bring young expatriate Greeks "closer to Greece, its history and language".

The deputy minister, himself a Greek-American, noted that he had served the Greek community in the United States for decades and had chosen to have his meeting with Pavlopoulos because "I am aware of your love and sensitivity to those of us of the diaspora and know that we will deepen and reinforce the relations of the mother country with overseas Greeks."