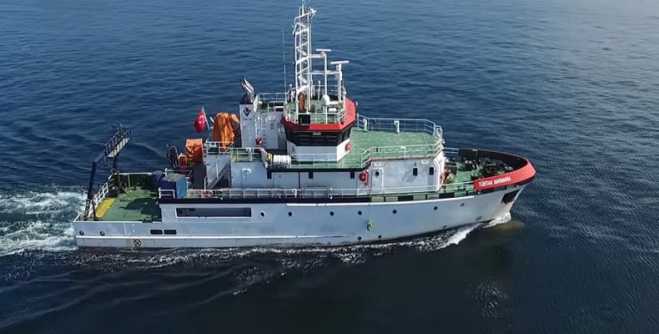 Turkey appears once again willing  to test Greek responses as next Monday it is expected that another Ankara research vessel will leave its port, besides the drilling rigs and research ships such as Barbaros. that is around Cyprus.

Specifically , the ship is the oceanographic vessel R / V TÜBİTAK MARMARA which according to NAVTEX 0895/19 will sail from August 19 to September 13 in the Dardanelles region and then along the Turkish coast in the Aegean.

It is noteworthy that on August 15, 2 Turkish Naval Cooperation and Intelligence Collection CN-235 aircraft carried out 33 violations of the National Airspace, crossing the Aegean across its north-south axis.

This development comes with the Turkish NAVTEX issued over the weekend, which expresses Ankara's willingness by Energy Minister Dönmez to launch the Oruc Reis research and information ship to the Eastern Mediterranean in late August, with information that the vessel will sail within the Greek continental shelf in the Kastellorizos area.

The wider area of ​​the island is affected by another Turkish NAVTEX issued for live fire  use of weapons on August 23. Part of the area delineated by Turkey falls under Greek jurisdiction.