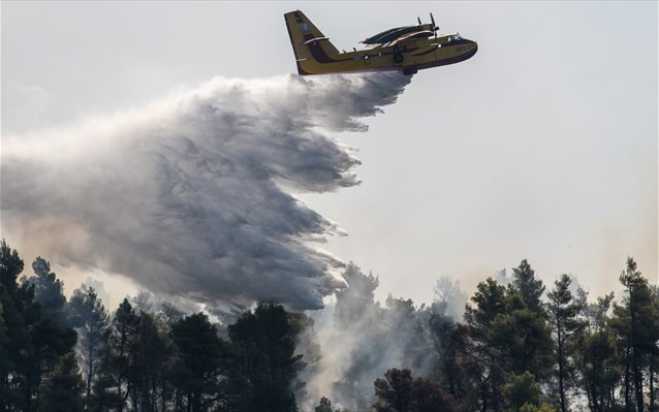 A major ecological catastrophe was visible on the mountainous and semi-mountainous surface of north-central Evia island on Wednesday morning in the wake of almost two days of a burning wildfire in a pine-covered region.

The wildfire appeared mostly contained on Wednesday morning, although at least two fronts were still active in what was once a burning blaze extending almost 15 kilometers. A handful of villages were evacuated over the past 36 hours.

EUROKINISSI/ΚΑΡΑΓΙΑΝΝΗΣ ΜΙΧΑΛΗΣ
Another wildfire was also reported in northern Evia, near the coastal city of Istiaia. Hundreds of fire-fighters, civil defense personnel and volunteers were operating in the region.
Tagged under