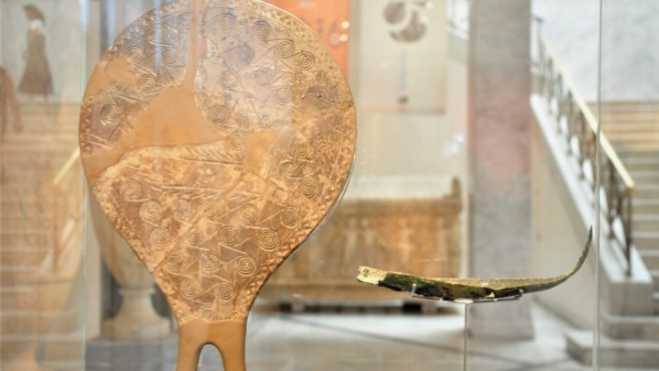 Ancient ships and ancient journeys are the focus of the latest "Unseen Museum" exhibition at the National Archaeological Museum in Athens, which has retrieved two more unique items hidden in its store rooms and unveiled them to the public.

The latest treasures presented to the world are a bronze model of a boat found at Agia Irene on the island of Kea, of a type known from the murals of Minoan Crete and Santorini in the 16th century B.C., and an engraving of a rowing ship with no sails made more than 45 centuries ago, on a 'frying-pan' vessel from Syros.

The two items will remain on show until October 14, while on three Fridays (August 30, September 13 and September 27) and on three Sundays (September 1, September 15 and October 13), museum archaeologists will be available at 13:00 to talk to visitors about the exhibition and the voyages of ancient seafarers in the prehistoric Aegean and Mediterranean.

The "Unseen Museum" rolling exhibitions have so far taken 19 rare items from storage to show to the public.