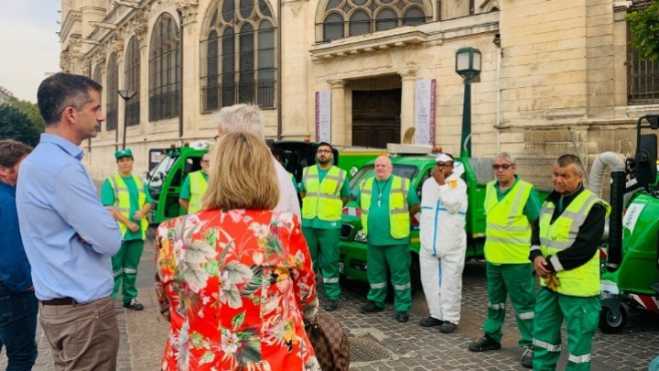 The new Athens mayor Kostas Bakoyannis carried out a lightning visit to Paris on the day after he was sworn in to see how the French capital handles sanitation and rubbish collection, the City of Athens announced on Thursday.

Bakoyannis was at the sanitation depot in a central Paris district at 4:30 on Tuesday morning and stayed until late on Tuesday night, observing the processes of waste collection, the cleaning of roads and pavements, as well as the cleaning of bins, removal of graffiti and recycling methods and the equipment used in these processes.

Paris is a city that faces many of the same challenges as Athens, such as a large number of visitors and many historic monuments and buildings. The Athens mayor's visit to Paris concluded with a meeting with the Paris municipality official in charge of sanitation and cleanliness, during which they discussed all these issues in detail and agreed that the sanitation services of the two municipalities will remain in contact in order to further support the Athens municipality's efforts to ensure the city is clean and pleasant for residents and visitors.