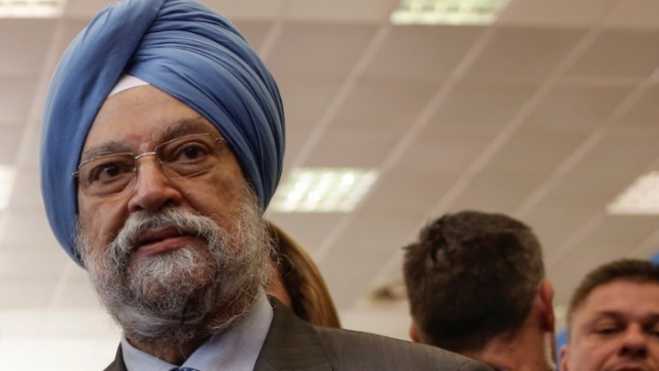 Greece and India must strive to increase their bilateral trade to roughly one billion euros annually by 2021, India's Minister of State for Commerce and Industry Hardeep Singh Puri said on Saturday in his speech at the inauguration of India's pavilion at the 84th Thessaloniki International  Fair (TIF 2019), where India is the honoured country.

The head of India's mission to TIF emphasised the prospects of cooperation with Greece in areas such as new technologies, startups, tourism, shipping and trade, addressing Prime Minister Kyriakos Mitsotakis.

"Mr. Prime Minister, given India's emergence as one of the most rapidly growing economies in the world and the strong recovery of the Greek economy, our goal in the next years must be to increase our bilateral trade from 650 million dollars in 2017-2018 to one billion dollars by 2021. Our trade increase by 22 pct during the last year," he said.Puri said that Indian and Greek companies have already formed partnerships and consortiums for projects in the Greek market, such as GRM Infrastructure or the collaboration between GRM Airports with the Greek firm GEK Terna for the construction of the new Kasteli airport on Crete. More than 25 Greek businesses had activities in India, in the shipping, logistics, textile and apparel and engineering consultancy sectors, he added, citing an increase in visas issued to Greek citizens.

He noted that the 12,000-strong Indian community in Greece was a "bridge of friendship" between the two countries and remarked that Bollywood could film on location in Greece and thus help tap into the largely unexploited potential of Greece as a tourism destination for Indians.

Puri highlighted the shared values of Greece and India and their support for democracy and multiculturalism, saying this made them "natural partners" against "the challenges of violent extremism, radicalism and terrorism that attempt to strike at the foundations of progressive and democratic societies."

He highlighted the need for stronger cooperation between India, Greece and the European Union in this area.

The Indian official also highlighted the potential for cooperation between Greece and Greek businesses with the 'New India' envisioned by the country's prime minister, Narenda Modi "that is inspiring younger generations and entrepreneurs".

This had led India to excel in high technology areas in recent years, he added, such as telecommunications, IT, space technology, startups, the car industry, pharmaceuticals and agriculture.

"India is led by the strength of youth, with 65 pct of its population aged under 35," he said, noting that the links between the Indian startups system and the educated young people and technological startups in Greece could provide an impetus in research and development for the broader region, in science and technology and strong business activity."

This was why 'New India' was the theme of his country's pavilion at TIF2019, the minister added.