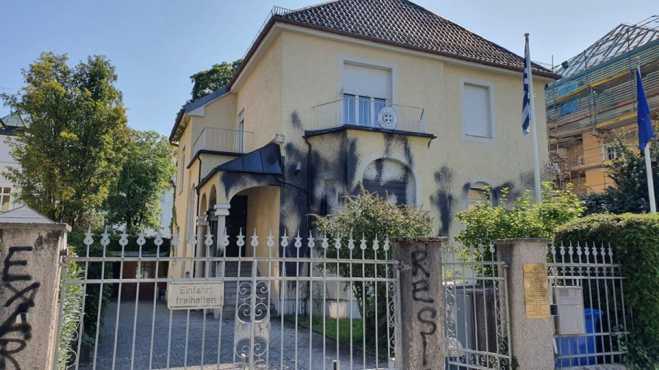 The Greek consulate in Munich, on Möhlstraße 22, was attacked by unauthorized people on Wednesday morning.

Strangers vandalized the interior, and they also spray-painted on the exterior walls (Exarchia Resists (A)), as the photos show.

"Our action is our response to the Greek state's crackdown on squatters and in solidarity with all detainees," said a report released (anonymously) on the internet and taking action.