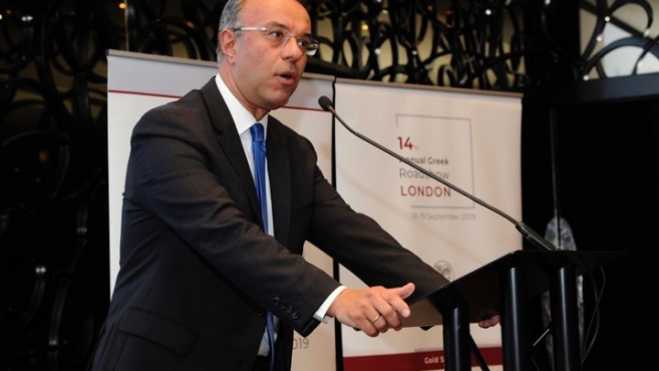 Key priorities of the government's economic policy were outlined by Finance Minister Christos Staikouras during his speech at the 14th Annual Roadshow in London, where he called on participants to invest in Greece "today".

Staikouras, the event's keynote speaker, referred to the actions of the government during its first two months of governance, its budgetary targets and the implementation of the country's commitments to financial institutions, the strengthening of the banking system's stability, the completion of a new stable tax framework, the boosting of privatisations, the enhancement of liquidity in the real economy and the implementation of structural reforms. He also underlined reforms in the judicial system, the efficient management of private debt and Greece's repayment of the expensive part of its International Monetary Fund loan.

The FinMin also asserted that realising these policy targets will increase the quantity of the domestic product and improve its quality, and will also enhance productivity, structural competitiveness and the extroversion of the Greek economy.

The 14th Annual Roadshow is organised in the British capital by the Athens Stock Exchange, in collaboration with internationally renowned investment banks and brokerage firms in Greece and abroad.