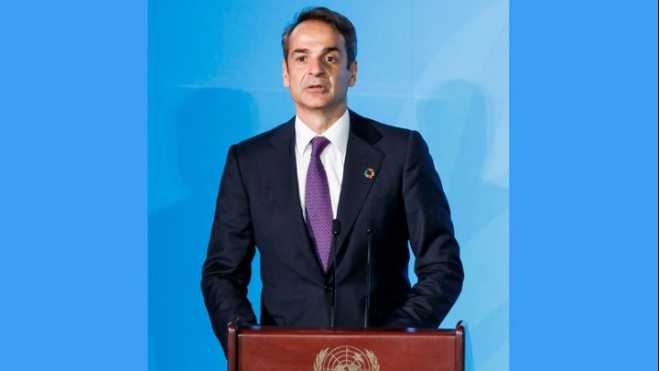 Geopolitical developments in the Eastern Mediterranean, as well as attracting U.S. investment in Greece, are expected to be at the centre of Prime Minister Kyriakos Mitsotakis' meeting with U.S. President Donald Trump on the sidelines of the UN Climate Summit. The meeting is scheduled for 18:30 local time (01:30 Athens time).

According to government sources, Greece is back on the radar of U.S. investors, as large companies have already expressed interest.Afterwards, the prime minister will attend Trump's reception in honour of the leaders attending the UN summit.

Earlier, at 11:00, he will have his first meeting with North Macedonia's prime minister, Zoran Zaev, to discuss the issues of the Western Balkans and their accession prospects. At 11:30, Mitsotakis will meet with the Australian Prime Minister Scott Morrison and at 12:00 he will attend a closed meeting of the Atlantic Council geostrategic institute on the future of Europe.