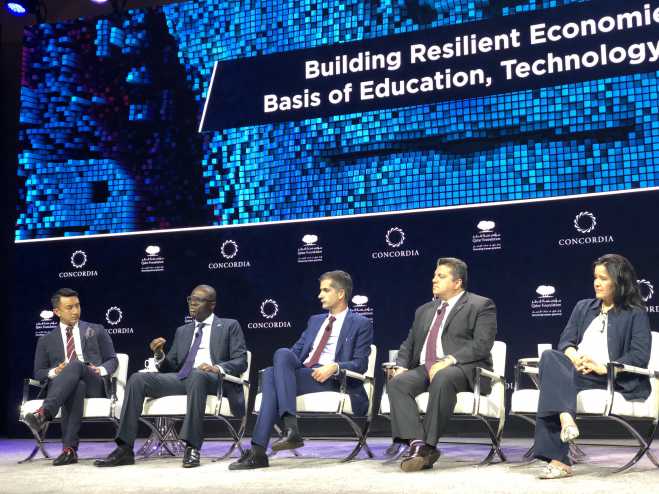 Athens Mayor Kostas Bakogiannis was a panelist at the 2019 Concordia summit, which dealt with building a resilient economy, at NYC. Mayor Bakogiannis said he would like to make living in a city easy through technology. He also said that a city that he models after is a small city in Germany, Frankenthal.

Taking place on September 22-24, 2019 in New York, the 2019 Concordia Annual Summit was the largest and most inclusive nonpartisan forum alongside the United Nations General Assembly.

Bringing together decision-makers and opinion-formers in the public, private and nonprofit sectors, as well as the next generation of partnership-builders, the Annual Summit advanced critical global discussions and transform conversations into action.