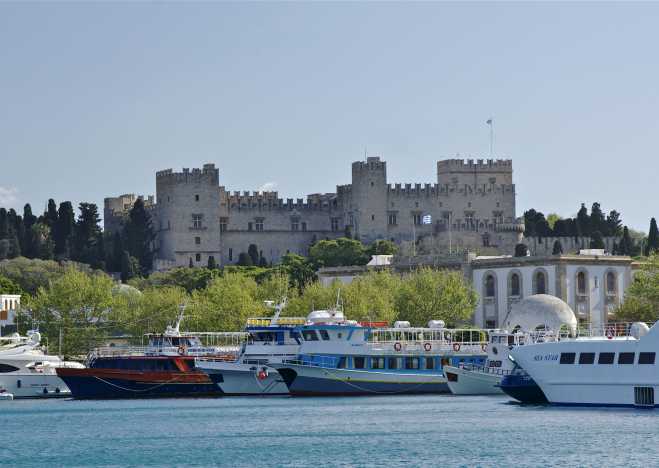 After an agonizing near-miss of their wedding day and half of invited friends and relatives stuck in England due to the collapse of tourism giant Thomas Cook, a 29-year-old British man by the name of Thomas Cook and his partner Amelia Binch will now enjoy their marriage ceremony at the island of Rhodes, as they had initially planned.

The story of Thomas Cook, from Hucknall in Nottingham, made European headlines after the Thomas Cook agency went bankrupt, but thanks to the initiative of Lindos Hotel Princess, where the couple resides, together with the head of the island's travel agency, their dream will come true as they had designed it.

Their wedding was scheduled for Friday, September 27, and the couple had booked their wedding holiday package with none other than Thomas Cook, while almost half of the wedding guests, including the best man and over thirty friends and relatives, had also booked theirs via Thomas Cook.

The honeymooners, who have been on the island since September 18, could have been able to find a repatriation flight out of Rhodes when the Thomas Cook agency news of collapse took front pages globally, but this meant they would have essentially lost the 10,000 British pounds they had put into their wedding.

The Lindos Princess Hotel and Thomas Cook's Rhodes office chief intervened just at the right time and made sure that the wedding would take place on the Friday the couple had chosen, and that the people invited would also be able to fly over from England.

Having come very close to be swept away by the backdraft of Thomas Cook's financial breakdown, and despite the psychological adventure the couple lived through, they will now be able to have the wedding of their dreams, at the island of Rhodes, on Friday.