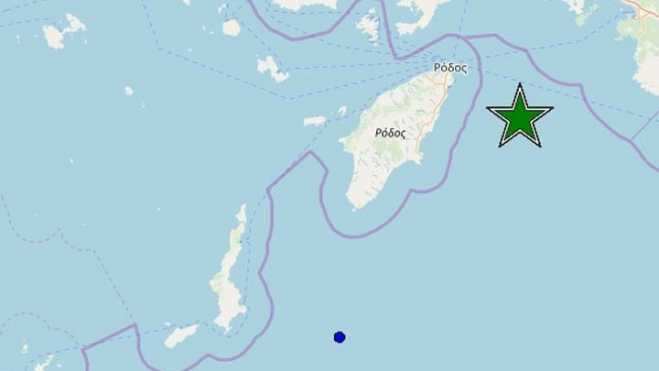 An earthquake measuring 5.1 in the Richter scale was recorded at 07:47 on Thursday on Rhodes.

According to the Athens Geodynamics Institute, the tremor's epicenter is located in the sea region 37 kilometers south-east of Rhodes in a depth of 17 klm.

According to the European-Mediterranean Seismological Centre (EMSC), the earthquake was measuring 5.4 in the Richter scale and occured 30 klm south-east of Rhodes in a depth of 5 klm.