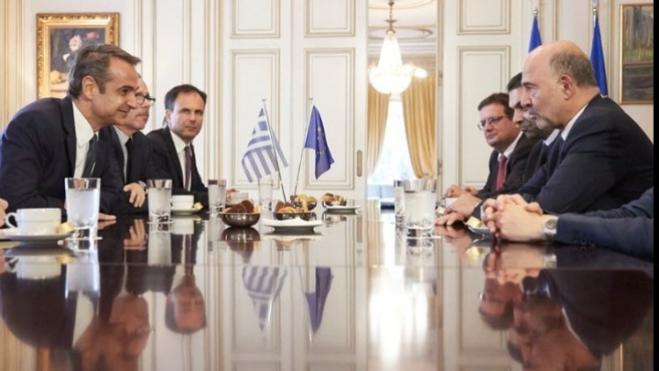 According to an announcement, the two top officials discussed the progress made in the implementation of reforms for the support of growth and the creation of new and well-paid jobs.

In parallel, they discussed fiscal prospects and primary surplus targets.Finally, Mitsotakis thanked Moscovici for his support to Greece at crucial moments.