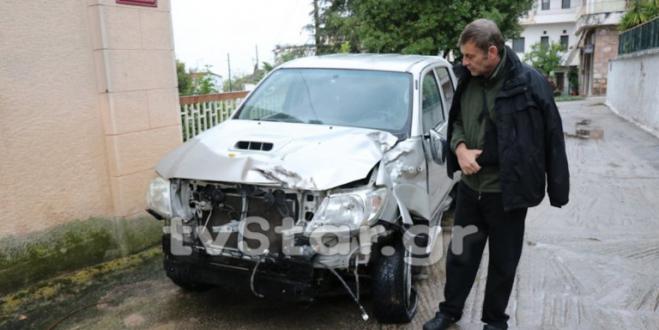 Former Stylida mayor, and TV star Apostolos Gletsos had a car accident on Friday afternoon, while trying to avoid a boar.

The accident occurred at 17:00 in the afternoon, when a severe thunderstorm hit the area. Apostolos Gletsos tried to avoid a wild boar that was on the road, however, because of the slippery slope of the car slid and stomped five times, according to tvstar.

When the car came to a standstill, Gletsos managed to get out of the passenger's window alone.

"Someone up there wanted to save me," said Apostle Gletsos. "The airbag wasn't about to kill me. The bars saved me ... "he added. The car suffered severe damage on the front and side.

As of late the boar (Sus scrofa) population of Greece has surged explosively. Accidents with cars are becoming common. The boars now cruise the suburbs of Athens and Thessaloniki, and appear in the main venues of smaller towns.

The reason cited by experts is that crossbreeding with feral common pigs have led oto a new breed that bears all the outward appearance of the ild boar but bears much larger litters of up to 16-18 farrows (piglets). 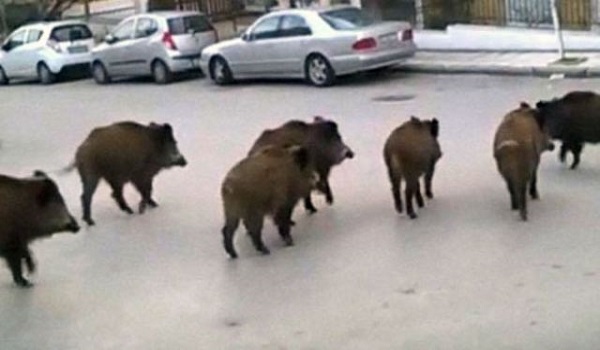