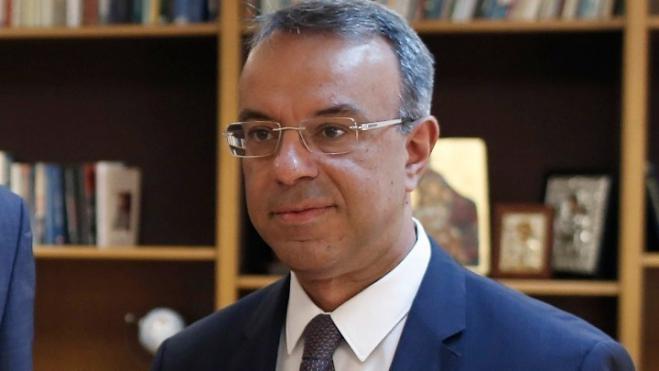 Finance Minister Christos Staikouras is heading to Washington to attend the annual meeting of the International Monetary Fund (IMF) and the World Bank.

On the sidelines of the meeting, the minister will meet with new IMF Managing Director Kristalina Georgieva, the next European Central Bank (ECB) President Christine Lagarde and the U.S. Under Secretary of State for Economic Growth, Energy, and the Environment, Keith Krach.

He will also have individual meetings with investment and banking groups, as well as rating agencies such as BlackRock, Deutsche Bank, BNP Paribas, Credit Suisse, J.P. Morgan, HSBC, Citibank, Nomura Bank, Moody's and DBRS will deliver a speech at the Bank of America Merrill Lynch event.

Finally, he will take part in the work of the Alliance of Ministers of Finance for Climate Action, where Greece has become, as of Tuesday, the 44th full member. The Alliance's goal is to promote strong collective action to mitigate the impact of the climate crisis and its repercussions.