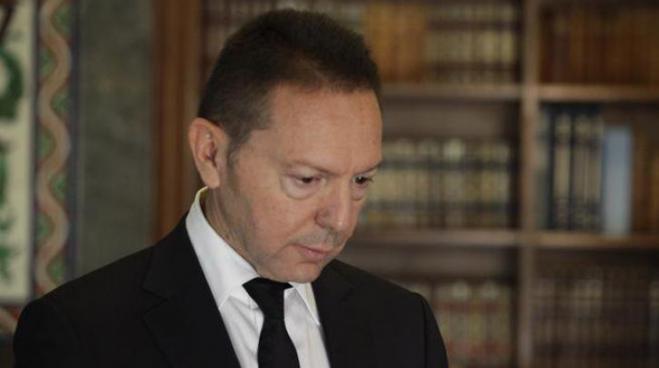 Greek central banker Yannis Stournaras lobbed a political "bombshell" on Monday evening, saying the then leftist SYRIZA government had broached Russian President Vladimir Putin in 2015 over the prospect of printing new drachmas in Russia, as negotiations between European creditors and the Greek side near a final impasse.

The Bank of Greece (BoG) governor spoke during unveiling of a book focusing on the first six months of Alexis Tsipras' coalition government up until July 2015, and especially the shambolic negotiations led by controversial finance minister Yanis Varoufakis.

On Tuesday morning, former Parliament president Nikos Voutsis, a top SYRIZA cadre and deputy, denied that the previous leftist government wanted to print drachmas in the wake of a looming "grexit".

The book, "The Last Bluff: How Greece Came Face-to-Face with Financial Catastrophe and the Secret Plan for its Euro Exit", by Brussels-based Greek journalists Viktoria Dendrinou and Eleni Varvitsioti, brought a trio of the protagonists of the 2015 crisis - the lowest point of Greece's "Annus horribilis" - to the event in on Monday evening, including former Eurogroup Working Group president Thomas Wieser and the senior Financial Times correspondent that covered the crisis, Peter Spiegel.

"The SYRIZA government found itself dangerously flirting with a return to the drachma, due to its amateurish negotiations in the first half of 2015," Stournaras charged, in citing a reference to the crisis in a book by former French President Francois Hollande.

On his part, Wieser underlined that "if things had gone differently at the end of 2014 and early 2015, Greece's GDP at this momemnt would be 20 to 25 percent higher than what it is now."