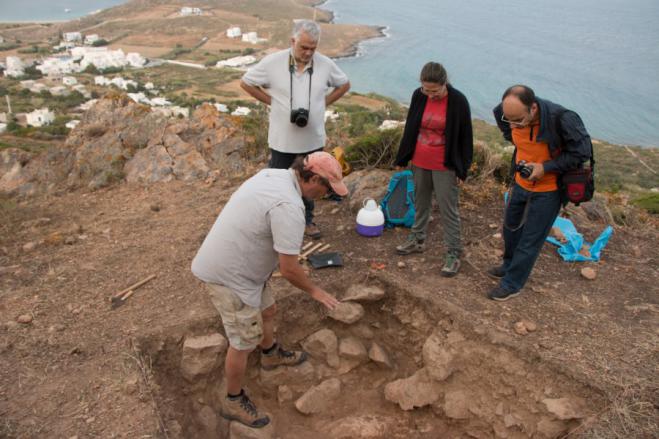 Scientists have proven early humans migrated through the Mediterranean much earlier than currently believed.

A team of international scientists led by Tristan Carter, an associate professor of anthropology at McMaster University, has today published new evidence proving that the Greek island of Naxos was populated with Neanderthals and early humans 200,000 years ago, which is tens of thousands of years earlier than currently held. But this is only the tip of the iceberg in a paper which quite literally tips anthropology on its head.

Tristan Carter was the lead author of the new study which was published today in the journal Science Advances , and this fascinating scientific project directly challenges current thinking about early human movement to territories that were previously considered uninhabitable. Essentially, the new study is demanding that researchers in evolutionary sciences now reconsider their models of how our early ancestors moved out of Africa into Europe and it also provides new data about how our ancestors adapted to new environmental challenges.