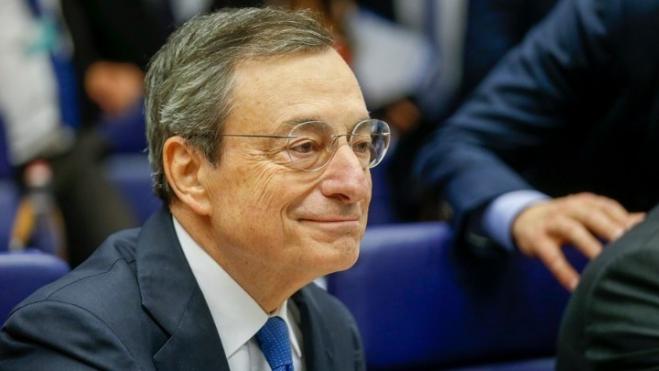 Referring to Greece's economic course as seen through his eight-year tenure as European Central Bank (ECB) President, Mario Draghi on Thursday said that "Greece recently managed to sell bonds at a negative yield for the first time, whereas a few years ago was on the brink of collapse," speaking during his final-ever press conference as ECB chief on Thursday.

Mario Draghi, who on Thursday bowed out to the ECB so that former International Monetary Fund Executive Director Christine Lagarde can take the mantle as of Nov. 1, was asked by a journalist if Greece was a success story, as when he took on the ECB presidency the country was in a bailout program and now it seems to have recovered out of it.

He said that "Greece is clearly a success story and it owes it to the efforts of its governments," but also to the "hard sacrifices of its people."

Draghi noted that the policies implemented in Greece are paying off, and that "it’s a good time for Greece," but also mentioned the "dangers pending from undoing these policies."

Mario Draghi did, however, say that he feels as though there is no danger "that the reforms which contributed to the country's exit from the crisis will be reversed."

"It's a good time for Greece, and for Europe as well," he noted.