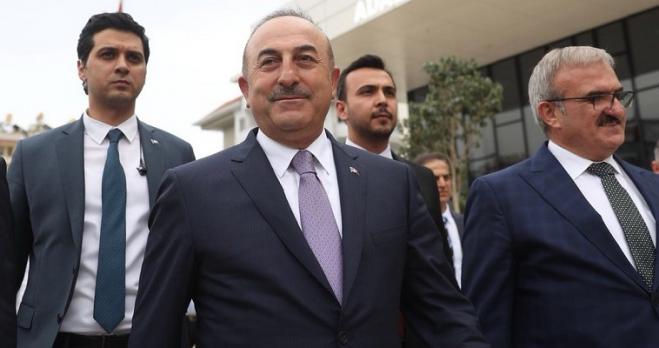 An unbelievable statement was made by Turkish Foreign Minister Mevlut Cavusoglu during a press conference he gave with his German counterpart, Heiko Maas.

As Erdogan continues to threaten Europe with opening the gates for millions of refugees and sent them to European countries, the Turkish Foreign Minister said that "Greece was firing on the refugee boats, sinking them in the Aegean and sending them injured, back to Turkey. " 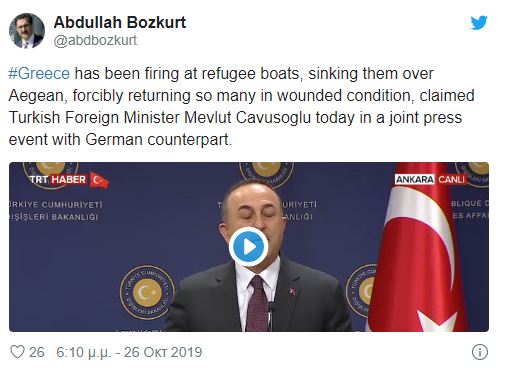 Cavusoglu "annulled" the German proposal for Syria
Then, referring to Syria and the German proposal to create an international "safe zone" in northeast Syria, the Turkish foreign minister said this proposal was not realistic. It is noted that initially, Turkey had given its approval, as did the United States.

Cavusoglu also said Turkey would not tolerate any human rights violations in northeast Syria and would investigate any allegations that such violations took place.