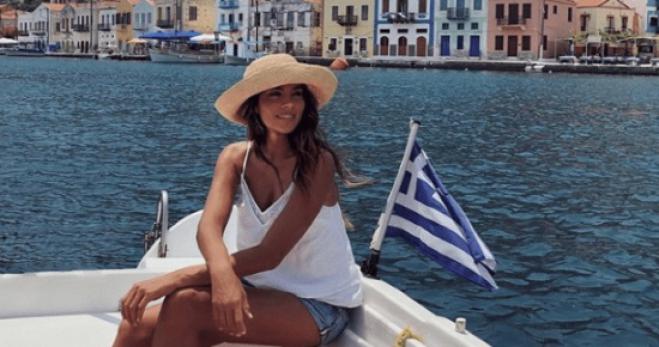 A famous Aussie chef, real housewife, and an actress have all fallen in love with Greece, after spending some time on the Aegean over the summer months, according to greekcitytimes.com.

Whether it be for work, play or both, it’s not hard to succumb and surrender to the beauty of Greece and the euphoric state that instantly comes over you as soon as that first golden ray of the Greek sun hits your face. That’s exactly the kind of hypnotic effect the country and its people had on Australian celebrities, Curtis Stone, Pia Miller, and Lydia Schiavello.

Celebrity chef, TV host and Coles supermarket ambassador Curtis Stone, along with his American actress wife, Lindsay Price and their two sons, spent their summer holidays in Mykonos and Santorini islands. Stone is renowned for the hat he wears as a chef but he is also a  doting husband and father. Taking a break away from his busy schedule, he enjoyed some relaxation and fun-in-the-sun activities with his sons on the Greek isles. The famous chef indulged in both traditional and fine dining Greek cuisine, sharing a photo on his Instagram of his fave Greek wine, Santorini PURE. He noted it was a winner with his wife.